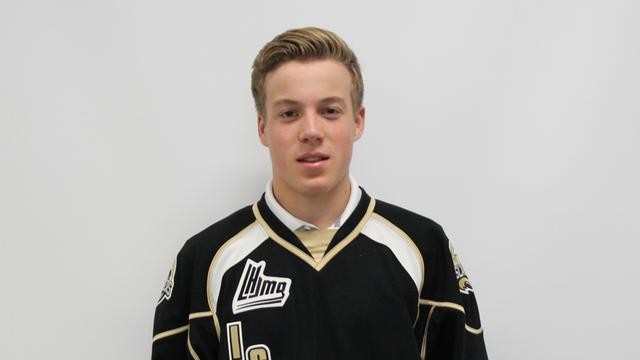 A Charlottetown Islanders goaltending prospect says it is going to take hard work to get the back-up job this season.

Matthew Welsh, 16, was Charlottetown’s second round, 37th overall in this Summer’s past QMJHL Entry Draft.

“I’m just doing everything I can and trying to work my hardest to earn the spot,” said the Halifax, N.S., native after the team’s first inter-squad game on Tuesday.

The key to working hard is focusing on the task at hand, said Welsh.

“Not thinking about it, just going out there and working hard, nothing about making the team really and just doing the best I can.”

It’s just not the goaltenders battling for spots, but the forwards and defencemen as well, said Welsh.

“I think it’s clean slate. Everybody is working for a spot here and we are just trying to work hard to earn that spot. I think the coaches and the GM will all look at us equally and pick whoever is best suited for the job.”

During the Summer, Welsh trained alongside other QMJHL goalies including Mason McDonald. Welsh and McDonald have the same goaltending coach, Brad McCharles.

Welsh has looked up to McDonald while growing up.

“I guess I just try to learn from him and take as much away from him as I can to benefit my game.”

Team Black came out with a 5-4 win over Team White in the first inter-squad game.

Team White took a 1-0 lead with a goal from Curtis Scales and that would be all after the first 15-minute period.

In the second (15-minute) period, Hunter MacIntyre and Johnny Foley each scored for Team Black to give them a 2-1 lead. The go-ahead goal marked the half-way point and goalies for both side were changed and Welsh was between the pipes for Team White.

Welsh said it was exciting to get on the ice and play that game.

“It was a pretty good temp and everybody was working pretty hard and it felt good to finally throw on that jersey and just be on the ice.”

Filip Chlapik beat Welsh on his sixth or seventh shot to give Team Black a 3-1 lead.

The teams skated to a 20-minute third period and Daniel Sprong and Chris Chaddock scored for Team White to tie the game. Sprong then gave Team White a 4-3 lead with 7.9 seconds left on the clock.

With the game still not over, the teams then skated to a five-minute 3-on-3 overtime where Team Black scored twice with goals from Quinn O’Brien and David Comeau.

A shootout followed the overtime.

David Henley and Filip Chlapik scored for Team Black as Foley and Shawn Boudrias were stopped.

The Islanders’ next inter-squad games Wednesday Aug. 12 at 6 p.m.