The Quebec Major Junior Hockey League unveiled today the recipient of the Guy-Carbonneau Trophy.  Created in 2005, this award recognizes the best defensive forward of the season.

Once again, the League sought out the appropriate presenter to announce the award-winner. With his name engraved on the trophy, there was no better individual than Guy Carbonneau himself to reveal the top defensive forward of the year. Carbonneau played four seasons in the QMJHL with the Chicoutimi Saguenéens before a decorated career in the National Hockey League in which he won three Selke trophies as best defensive forward and three Stanley Cups. He posted phenomenal numbers (171G-264A) during his major junior internship and was rewarded for his accomplishments by being inducted into the QMJHL Hall of Fame in 2001. In November of 2019, Carbonneau was inducted into the Hockey Hall of Fame. 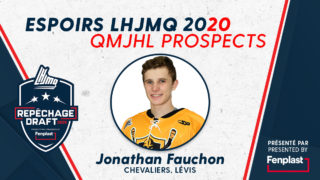