Boucherville, Tuesday October 17, 2017 – The Director of Player Safety of the Quebec Major Junior Hockey League, Raymond Bolduc, suspended Charlie Roy of the Shawinigan Cataractes for 15 games. The suspension was handed out following an incident that occurred on October 14th against the Victoriaville Tigres. 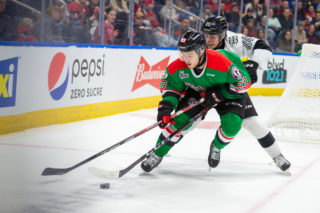