The Oceanic and the QMJHL Final 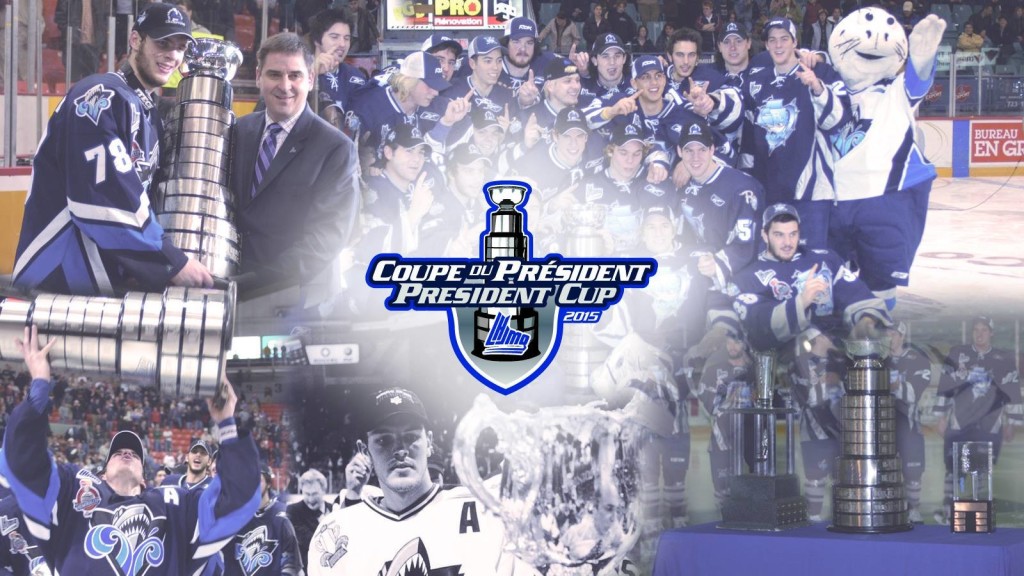 In their 20th season of existence, the Oceanic are already in their 5th appearance in the President Cup final. They are 2-2 heading into this series, with both of their wins coming under the tutelage of Doris Labonte.

Rimouski hasn’t wasted time when they’ve reached the final. In fact only one of their appearances so far has even reached 5 games. A few big names in Oceanic history have made their mark in those finals. Former Oceanic players from those appearances shared their President Cup memories with us.

In 1999-2000, the Oceanic showed no mercy. Against the Hull Olympics, they won the series in five games. Let by Brad Richards and Juraj Kolnik up front and the brilliance of goalie Sebastien Caron, Rimouski lost only one game in that series and it was in overtime.

“Even though we won that series 4-1, it was far from easy. We’re proud to have been the best team in the QMJHL,” said Nicolas Poirier. “Once we raised that trophy above our heads we were so proud to be champions that we almost forgot about the fact we were headed to the MasterCard Memorial Cup tournament. We celebrated our moment the way it deserved to be.”

“We had a terrific run in the playoffs, but Michael Ryder had broken my nose in the second game,” recalled Rene Vydareny. “I still remember the song that played in the room was “Higher” by Creed. I would just like to thank the Oceanic fans for that amazing year and all the great memories.”

Five years later, the Oceanic met the Halifax Mooseheads in the final. Due to the NHL lockout, all eyes of the hockey world were on junior hockey. Behind the bench, Labonte was able to count on a top line of Sidney Crosby, Marc-Antoine Pouliot and Dany Roussin with Patrick Coulombe and Mario Scalzo Jr. at the point. Combined, that quintet piled up 35 points in 4 games. The Oceanic swept the Mooseheads in four-straight as they raised a second President Cup championship banner to the rafters.

“I remember how much of a mission we were on,” said Roussin, who played for current Rimouski coach Serge Beausoleil in his Midget AAA days. “Throughout the season, all we heard was how mighty the London Knights from the OHL were. Teams that stood in our way paid the price once we got determined to reach the MasterCard Memorial Cup. Our final against Halifax went quickly and we were both happy and proud while knowing only half our goal had been reached.”

In 1998, the Oceanic was a young team that year, but they had a future NHL No. 1 pick on their side named Vincent Lecavalier who was drawing attention. After a tough series against the Remparts in the semi-finals, Rimouski was swept in four straight by Val-d’Or.

“It was a series that was way too short when you consider the talent we had. We had some major injuries and we really missed those players,” said Julien Desrosiers. “Without saying that we would’ve won the series, a sweep is not representative of the team we were, without taking anything away from the Foreurs back then.”

The Oceanic’s last appearance in the final was back in 2012. Rimouski had been the Cinderella team that spring by reaching the finals as the No. 7 seed. Serge Beausoleil’s squad couldn’t quite measure up to the Saint John Sea Dogs who swept them in four.

“In the first game, we played our best game of the season, but we still ended up losing 3-2 in double overtime. We should’ve won that game but the hockey gods had other plans,” said Alex Belzile. “Games 2 and 3 were tight ones and then we didn’t have any juice left for the last game. I still think that if we had won that first one, the series could’ve been much different but we will never know that for sure.”

“The series against Saint John was a really great experience. Our group of players was incredible and even though they had a really strong team, we believed in our chances,” admitted goalie Carl Hozjan. “The playoffs are really long and losing in the final is a heart-breaker, but even in defeat we were really proud of what we accomplished.”

Radio voice of the Oceanic, Michel Germain, was witness to each of the Oceanic’s QMJHL championships and he was more than happy to tell us all about what it was like to experience that along with the players. If the 2000 team had the MasterCard Memorial Cup in mind all along, the 2005 squad had to be careful not to be too overconfident as well.

“The memory I recall most from the 2000 final was that for the leaders of that team the series were more or less important. Since the holidays, all the players were talking about was the MasterCard Memorial Cup. For veterans like Brad Richards, Juraj Kolnik, Jan-Philippe Cadieux, Michel Periard and Alexandre Tremblay, the President Cup was just a stepping stone. During the 2000 playoffs, the team only lost two games, including Game 2 in overtime on a goal by Michael Ryder. The Oceanic fans may have been nervous to see the series tied 1-1 heading to Hull, but the players weren’t even concerned. Over the previous two seasons the Olympiques had only lost twice on home ice in the playoffs. On the way to Hull, forward Nicolas Poirier came to see me and told me that they were going to win both games and then come back come to raise the President Cup after Game 5. Full of confidence, he also said the game 2 loss would be their last of the season and that the Oceanic were a team of destiny.”

Turns out he was right across the board.

“Then in 2005, the real danger for Doris Labonte and the Oceanic even before reaching the final was their overconfidence. The team had closed out the regular season with a 28-game unbeaten streak and won their first seven playoff games that spring. In the final, Sidney Crosby showed some of his legendary leadership. People may say that defence wins championships, but the Oceanic proved that to be not always the case in 2005. Despite allowing an average of four goals per game in the final series, Rimouski scoring 25 of their own for an average of six goals per game which is still difficult to imagine.”