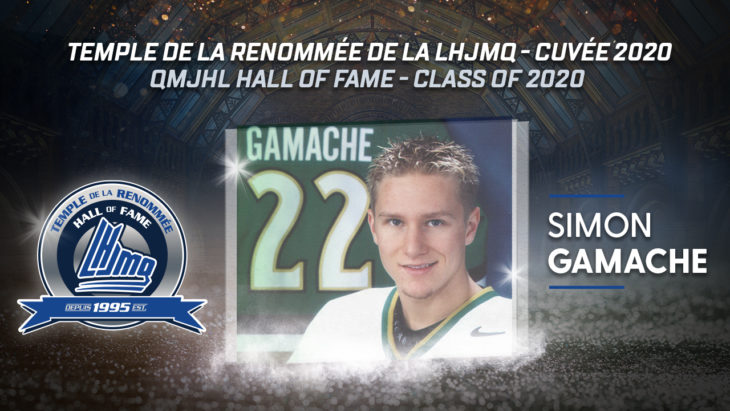 Simon Gamache is one of the most significant figures of the turn of the millennium in the Quebec Major Junior Hockey League.

A native of Thetford Mines, the 5’9” forward quickly charmed the Val-d’Or, Abitibi fanbase thanks to his outgoing personality, his determination and his scoring proficiency.

In 241 games with the Val-d’Or Foreurs, including the playoffs, he recorded 180 goals, while setting franchise records of 269 assists and 449 points.

During the 1999-2000 season, the Foreurs were in the midst of an important rebuild following their 1998 President Cup win. The 18-year-old Gamache registered 143 points, 89 more than the team’s second leading scorer, Eric Fortier.

The following season, Gamache collected 74 goals and 184 points in 72 games. Since that outstanding campaign, no QMJHL player has surpassed 180 points or 72 goals in a single regular season.

Simon Gamache was a true gamer. As the stakes rose, so too did his desire to perform. Head coach Claude Bouchard played a key role in his successes, making sure that his superstar understood that the team’s success took precedence over personal statistical milestones.

For Simon Gamache, his signature game was undoubtedly his last one in Val-d’Or which was played on May 4, 2001. That evening, with a performance of 3 goals and 2 assists, his 5th point of the game eclipsed the prestigious 52-point playoff record set by the legendary Mario Lemieux in the spring of 1984, 17 years earlier. After leading the Foreurs to their 2nd President Cup thanks to a 57-point output, including 22 goals, the Guy Lafleur trophy was awarded to the new record holder as the most valuable player in the playoffs. He and his teammates would compete hard in the Memorial Cup tournament, losing 6-5 in overtime in the final against Red Deer as Gamache finished first in tournament scoring with 7 points.

In May of 2006, he would sign a contract with Berne of the Swiss league where he would play 5 seasons. After a total of 9 campaigns in Europe and 354 points in 362 regular season games, he would retire.

Simon Gamache entered the QMJHL Hall of Fame as a player on April 8th, 2020.