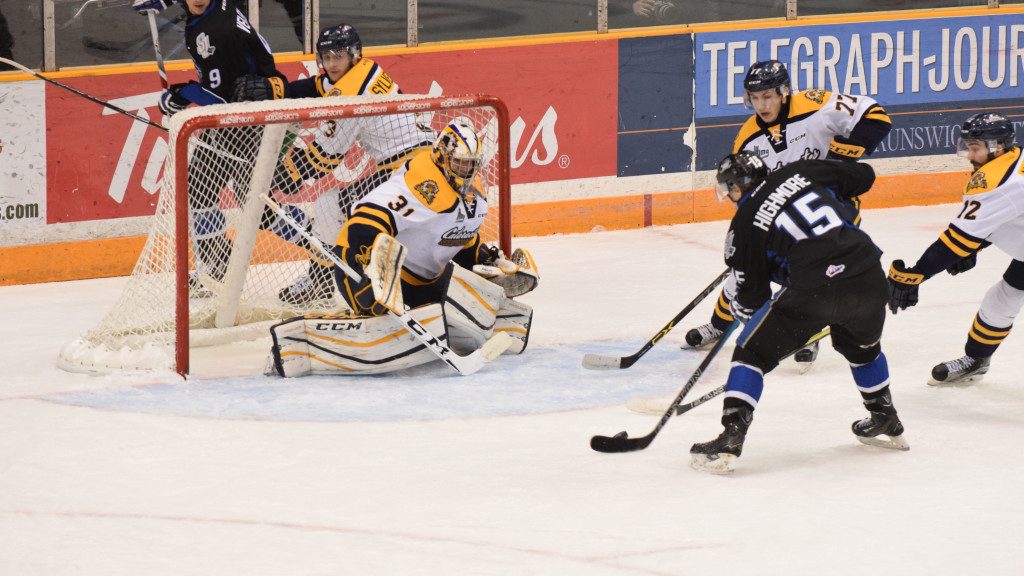 The Cataractes lead the best-of-seven series 3-1, with Game 5 back in Shawinigan on Friday.

Gabriel Sylvestre, Anthony Beauvillier and Dmytro Timashov also scored for the No. 2 Cataractes while Moynihan and Beauvillier each tacked on an assist.

Sam Povorozniouk, Samuel Dove-McFalls and Joe Veleno found the back of the net for the No. 3 Sea Dogs.

Shawinigan’s Philippe Cadorette made 36 saves for the win as Alex Bishop stopped 19-of-23 shots in a losing cause.

The Cataractes went 0 for 2 on the power play while the Sea Dogs scored once on four chances with the man advantage.

MONCTON, N.B. — Chase Marchand stopped all 35 shots his way as No. 1 Rouyn-Noranda slipped past the No. 6 Wildcats in Game 4 of its semifinal series to move a win away from the QMJHL finals.

Martins Dzierkals scored the game’s only goal 58 seconds into the first period for the Huskies, who lead the best-of-seven set 3-1.

Keven Bouchard kicked out 28-of-29 shots for Moncton.

Rouyn-Noranda can take the series on home ice on Friday.