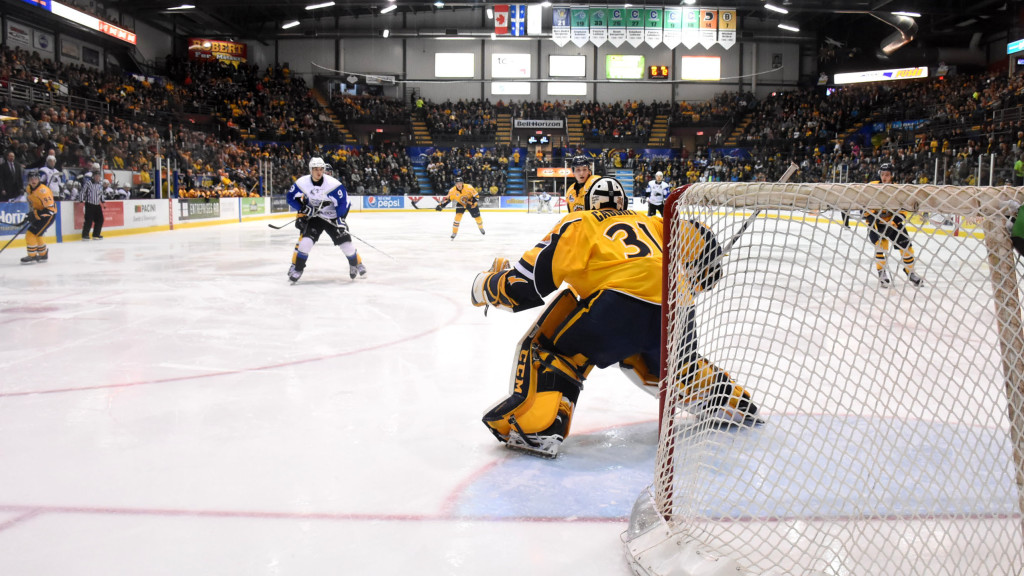 Sam Povorozniouk and Spencer Smallman had a goal and two assists apiece while Highmore tacked on two helpers to also finish with a three-point outing for the No. 3 Sea Dogs. Daniel Del Paggio, Joey Veleno and Samuel Dove-McFalls rounded out the offence with a goal apiece.

Saint John’s Marc-Antoine Turcotte made 26 saves for the win as Philippe Cadorette turned away 19-of-25 shots for Shawinigan.

The Sea Dogs went 1 for 1 on the power play while the Cataractes scored once on three chances with the man advantage.

Saint John defenceman Thomas Chabot was ejected at 13:56 of the first period after receiving a major and game misconduct for checking to the head.

Shawinigan hosts Game 2 of the best-of-seven set on Saturday.

ROUYN-NORANDA, Que. — Chase Marchand made 26 saves and Francis Perron had a goal and an assist as the No. 1 Huskies beat No. 6 Moncton to take Game 1 of their semifinal matchup.

Timo Meier, Peter Abbandonato and Anthony-John Greer also found the back of the net for Rouyn-Noranda.

Conor Garland was the lone scorer for the Wildcats. Keven Bouchard stopped 23-of-27 shots in 51:11 of action before giving way to Blade Mann-Dixon, who stopped all seven shots he faced in relief.