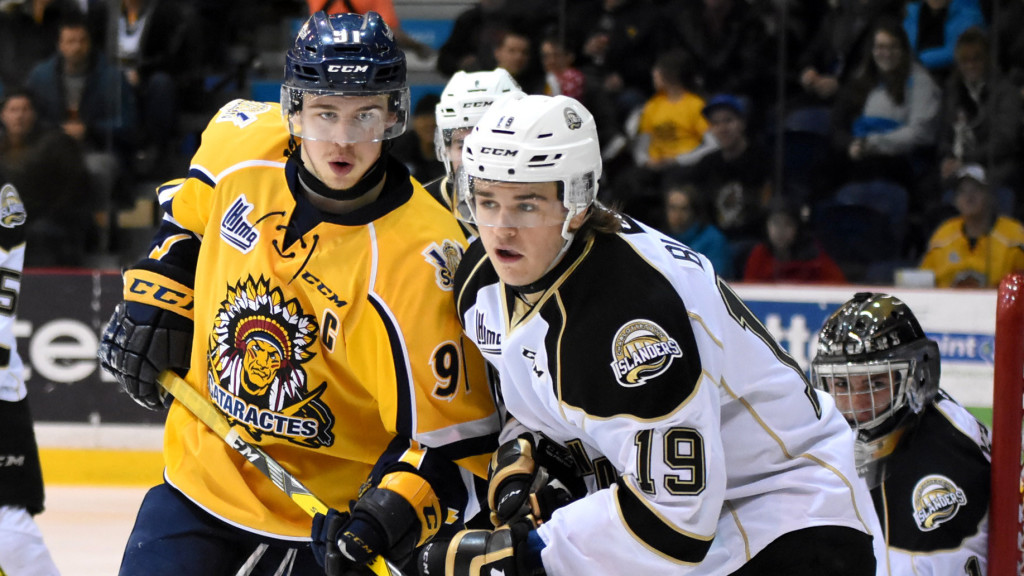 SHAWINIGAN, Que. — Samuel Blais scored the winner and Mason McDonald made 37 saves as the Charlottetown Islanders evened their second round Quebec Major Junior Hockey League series with a 3-2 victory over the Shawinigan Cataractes in Game 2.

Daniel Sprong and Oliver Cooper also found the back of the net for the Islanders, who tied the best-of-seven series at 1-1. Sprong assisted on Blais’s winning goal at 17:16 of the third period.

Dennis Yan and Mathieu Olivier chipped in for Shawnigan with Philippe Cadorette turning away 28-of-31 shots in defeat.

Charlottetown was scoreless on three power plays while the Cataractes were 0 for 2.

ROUYN-NORANDA, Que. — Samuel Montembeault stopped all 29 shots he faced as Blainville-Boisbriand shut out the Huskies in Game 1 of their QMJHL quarter-final series.

Miguel Picard scored a power-play goal in the second period for the game’s lone offence.

Huskies forward Antoine Waked received a game misconduct for boarding at 16:14 of the first period.

GATINEAU, Que. — Vaclav Karabacek scored midway through the third period and it proved to be the winner as Moncton toppled the Olympiques in Game 1 of its second round playoff series.

Manuel Wiederer opened the scoring with Zack MacEwen adding an empty netter for the Wildcats.

Nicolas Meloche had the lone goal for Gatineau late in the first.