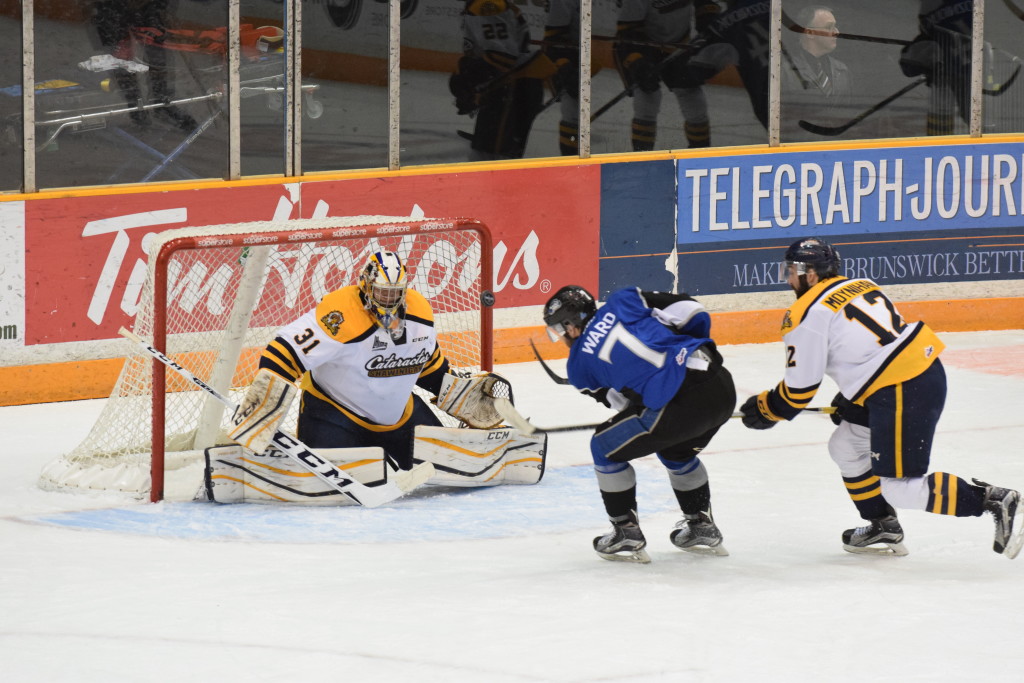 Gabriel Gagne and Toronto Maple Leafs prospect Dmytro Timashov had two goals apiece in the Cataractes’ rally, while Mathieu Olivier chipped in as well. Philippe Cadorette made 26 saves for the win.

Shawinigan went 0 for 4 on the power play and Saint John was 0 for 3 with the man advantage.

MONCTON, N.B. — Francis Perron scored in every period to lead Rouyn-Noranda past the Wildcats and give the Huskies a 2-1 lead in their QMJHL playoff series.

Anthony-John Greer and Julien Nantel added goals for Rouyn-Noranda. Chase Marchand made 23 saves for the win.

Conor Garland was the lone scorer for Moncton. Keven Bouchard turned aside 37-of-41 shots in net.