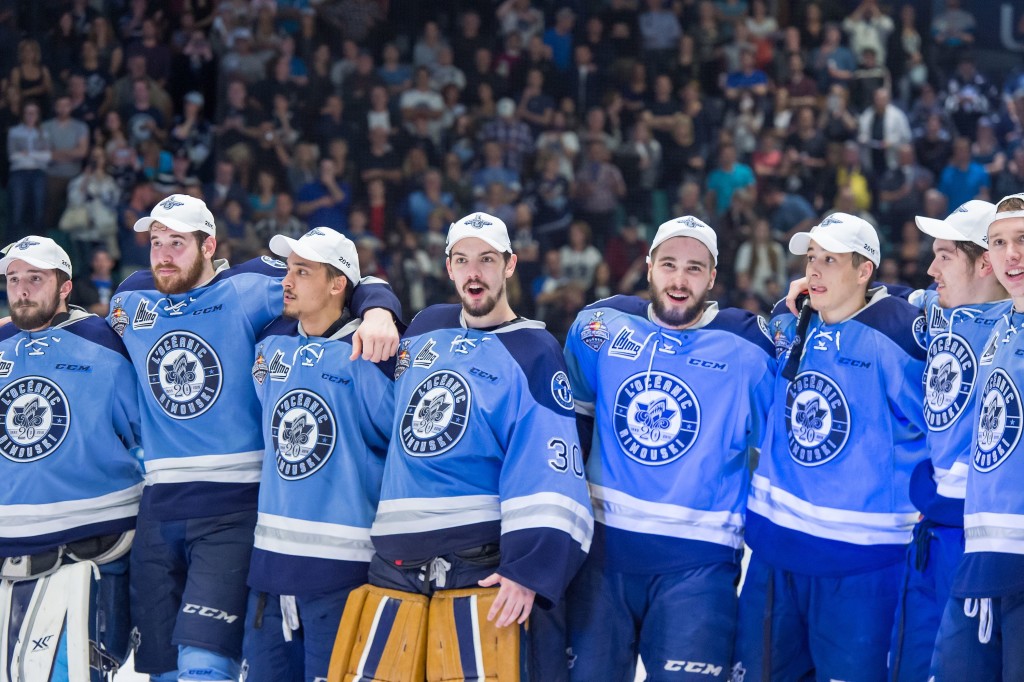 Save for the elite few, success in the Canadian Hockey League often comes in cycles. Teams build through the draft, develop their players on the ice and in the classroom, and send them off four years later onto professional and academic endeavours before starting the cycle all over again.

The Rimouski Océanic have exemplified this process since they joined the QMJHL back in 1995 after relocating from St-Jean where the team had been stationed since 1982.

The Océanic acquired their first franchise player in the 1996 QMJHL Entry Draft, selecting a young star by the name of Vincent Lecavalier fourth overall in the first round. The big centreman would put up 102 points as a 16 year-old before leading Rimouski to the QMJHL finals as a sophomore in 1998 alongside 17 year-old rookie Brad Richards who the ‘Nics’ had scooped in the first round of the 1997 QMJHL Entry Draft.

Rimouski would fall in four games to Roberto Luongo and the mighty Val-d’Or Foreurs, but the groundwork had been laid for the Océanic to become one of the CHL’s model franchises in the years to follow.

Though Lecavalier had moved on to the NHL by 2000, Brad Richards, along with current day Rimouski director of player development Michel Ouellet would lead the Océanic to their first President Cup title, eliminating the Hull Olympiques in five games.

Fast forward through the recent history of the Océanic and you’ll see a team that included Sidney Crosby winning a QMJHL Championship before making it to the finals of the MasterCard Memorial Cup in 2005, a team led by Jordan Caron and Philippe Cornet that reached the QMJHL semi-finals and hosted the MasterCard Memorial Cup in 2009, a group under current coach Serge Beausoleil that made the President Cup Final in 2012 until finally we come to this year’s QMJHL Championship team led by fourth year veteran captain Alexis Loiseau and a cast of NHL draft prospects.

“It’s a tremendous organization that we’re all privileged to be a part of,” said coach and general manager Serge Beausoleil on Tuesday as the team prepares for a President Cup final rematch with the Québec Remparts in the MasterCard Memorial Cup.

“We have to be proud of our past and we have to deliver in this tournament. Our history is so rich and it’s the kind of thing we are always reminding the players of.”

The Océanic have already taken an exciting journey through the QMJHL Playoffs, needing just 13 games to eliminate Victoriaville, Gatineau and Val-d’Or before running into Québec. Rimouski overcame two deficits in the series, coming back after being down 4-1 midway through the second period of Game 6 to defeat the Remparts 5-4 in overtime on a goal by Winnipeg Jets prospect Jan Kostalek. Rimouski then proceeded to win Game 7 on home ice 2-1 in double overtime on a winner from Michael Joly.

Now entering an elimination scenario with an 0-2 record after losses to Oshawa and Kelowna, the ‘Nics’ are trying to keep things in perspective.

“In every situation you can see things in different ways,” Beausoleil noted. “It can either be a threat, or it can be a challenge. I’m not a threat kind of guy. Everything is a challenge.”

“When you have a challenge, you can find a solution, but when you have a threat, you are paralyzed, and you don’t have good performances in those situations.”

The Océanic are faced with having to defeat Québec by an eight goal margin, or will have to beat them on Wednesday and then again in a tie-breaker game on Thursday to gain access to the MasterCard Memorial Cup final. Dire straits to say the least.

One thing is for certain though, the players in the dressing room are well aware of the champions who have gone before them. The President Cup Champions will have to play like champions on Wednesday.

The puck drops between the Québec Remparts and Rimouski Océanic at 7:30pm in a game that can be seen across the country on Sportsnet East, Ontario, West and Pacific as well as on TVA Sports in Québec. Tune in and listen live on Sportsnet 590 The FAN online.

The Remparts will take a look back at the rich history of the Colisée prior to puck drop.