Félix Lauzon and the Voltigeurs’ offence rewarded for their exceptional season 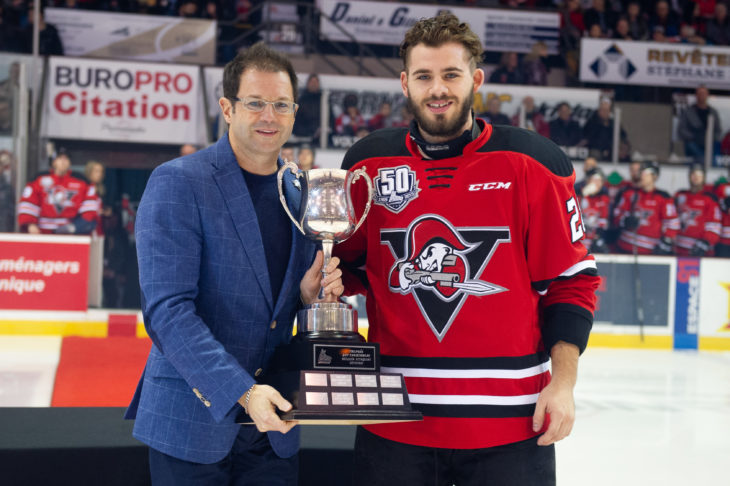 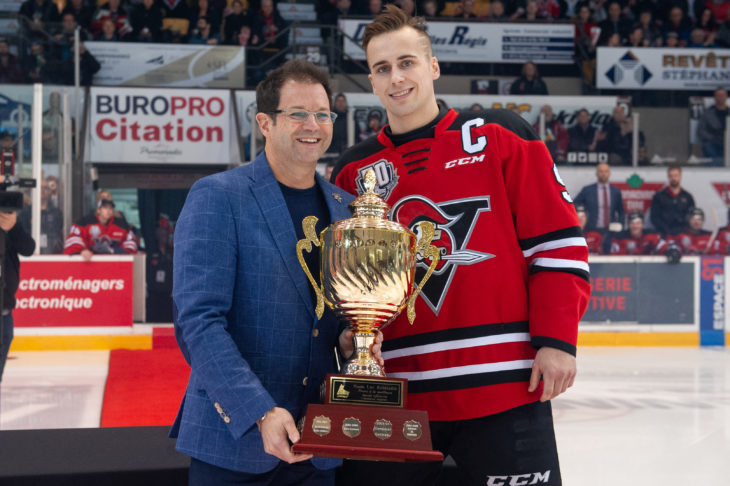 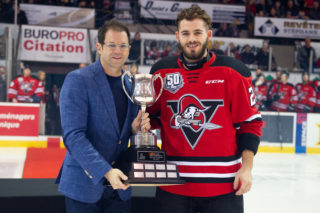 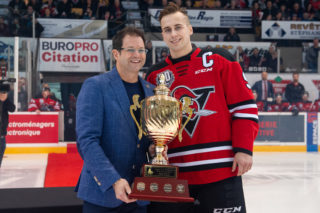 Prior to the opening face-off of their first home playoff game against the Gatineau Olympiques, forward Félix Lauzon and the Drummondville Voltigeurs were rewarded with the Guy-Carbonneau and Luc-Robitaille trophies respectively in a pre-game ceremony.

The Guy-Carbonneau Trophy is awarded to the best defensive forward. This year’s recipient is Félix Lauzon, the Voltigeurs’ 20-year-old forward. Lauzon recorded 28 goals and 52 assists in 68 games while registering an impressive differential of + 52. The award was presented by Voltigeurs President Éric Verrier.

Drummondville’s prolific offense led them to the Luc-Robitaille Trophy which is awarded annually to the team with the best regular season goals-per-game average. The Voltigeurs averaged 4.91 goals per game, scoring a total of 338 goals in 68 games.