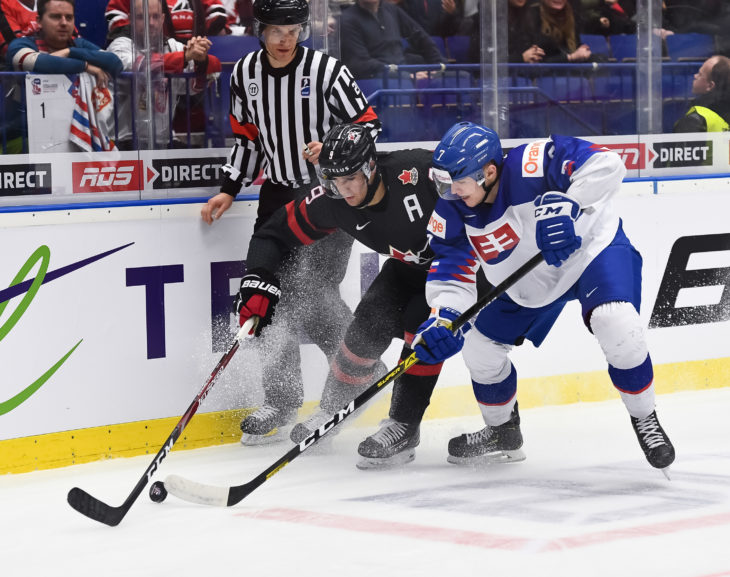 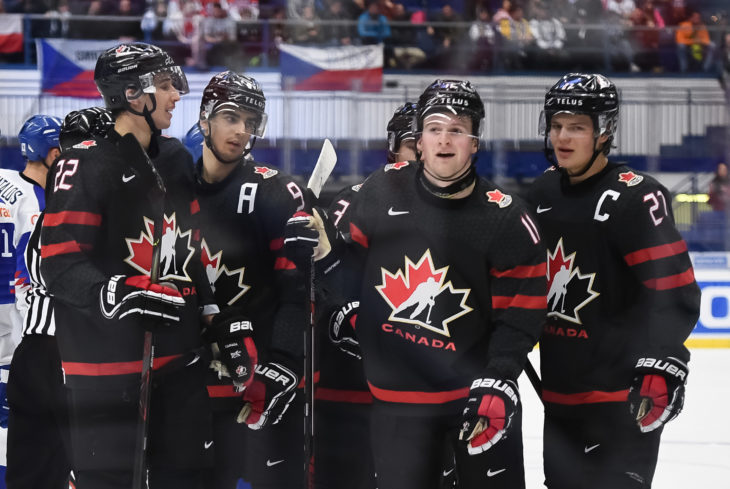 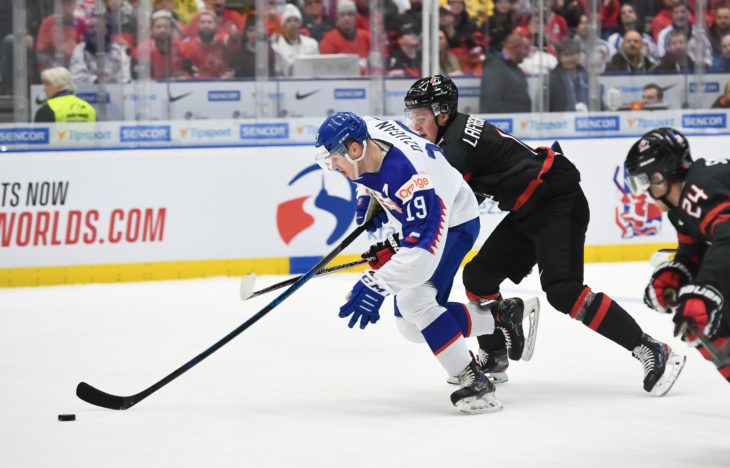 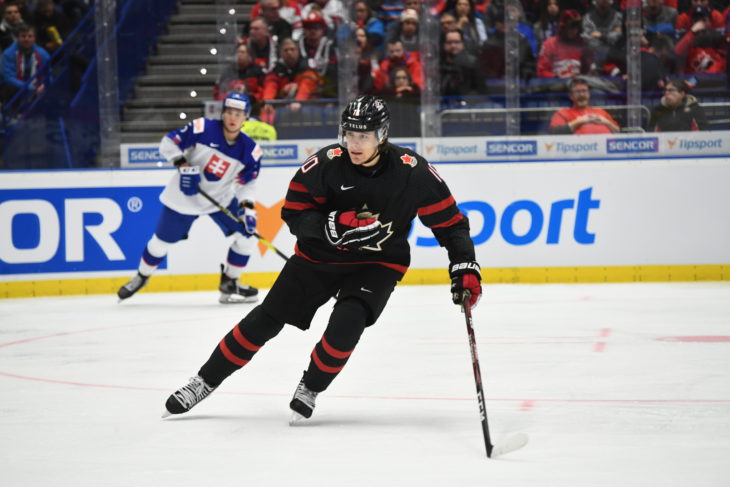 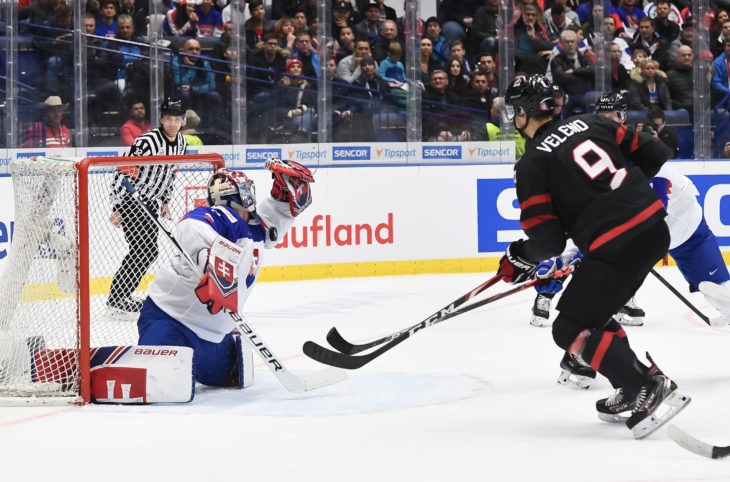 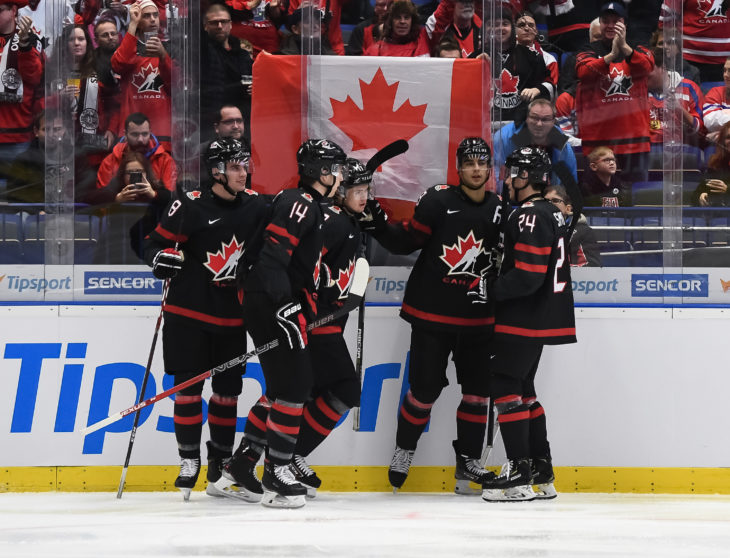 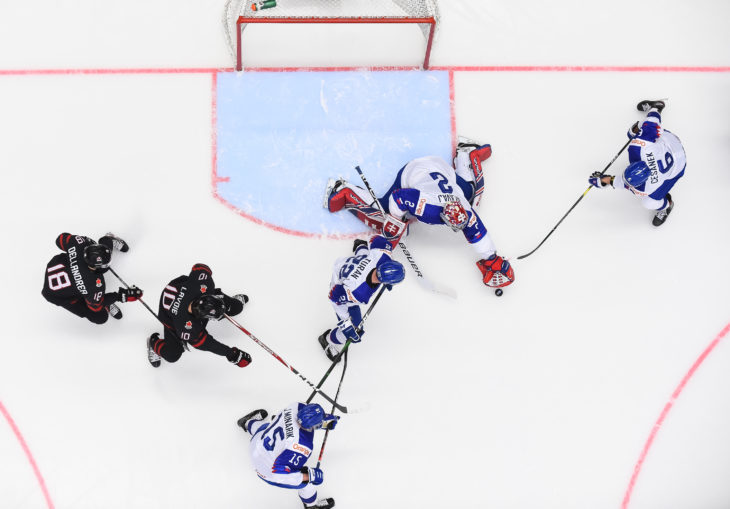 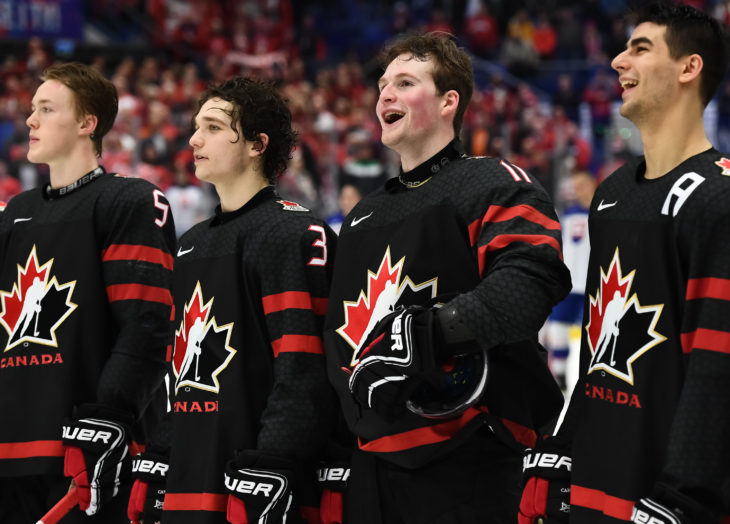 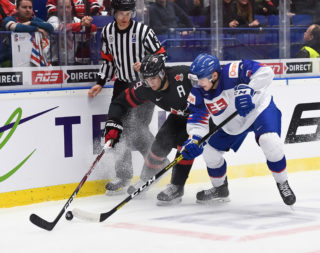 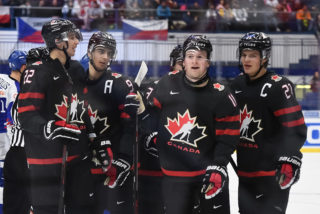 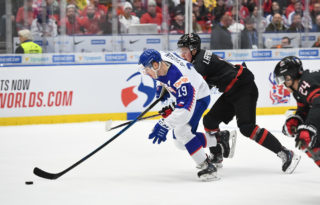 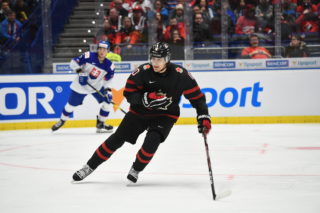 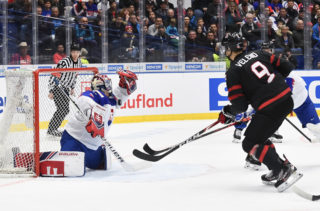 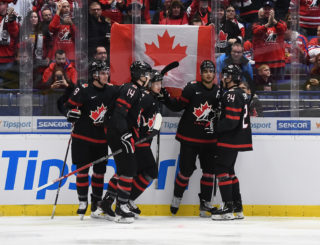 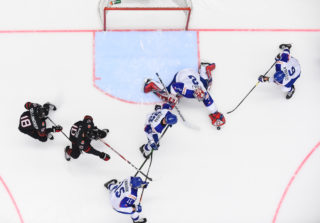 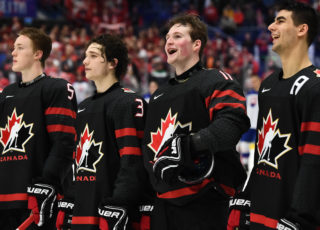 Joel Hofer (Winnipeg, Man./Portland, WHL) was the best Canadian early; the goaltender made a couple of point-blank stops on a five-minute power play to keep the game scoreless, including a terrific right-pad save off Robert Dzugan.

Canada went to work on offence shortly after the man advantage expired, with Cozens and Lafrenière working down low before setting up Hayton all alone in the slot for the 1-0 goal.

The second period belonged to the Canadians; they outshot Slovakia 18-4 and stretched their lead to five.

Connor McMichael (Ajax, Ont./London, OHL) got the festivities started early in the middle frame, keeping on a two-on-one and beating Slovak netminder Samuel Hlavaj (Sherbrooke Phoenix) to the far side.

Jacob Bernard-Docker (Canmore, Alta./University of North Dakota, NCHC) made it 3-0 at 3:42, stepping around a shot block and snapping a shot past Hlavaj, and Liam Foudy (Scarborough, Ont./London, OHL) blew past the defence before going to the backhand at 9:02.

Lafrenière added a power-play marker 1:48 after the Foudy goal, wiring a wrist shot through traffic to send Canada to the dressing room with a commanding five-goal advantage.

Hayton got his second of the game a minute into the third period on another Canadian power play, chasing Hlavaj after six goals on 30 shots. Samuel Vyletelka stopped all 14 shots he faced the rest of the way.

Slovakia finally solved Hofer when Oliver Okuliar ripped a slap shot over the glove with 14 minutes left, but that would do it for scoring.

Canada finished with a one-sided advantage on shots on goal, 44-18.

The IIHF World Junior Championship returns to Canadian ice next year when Edmonton and Red Deer, Alta., host the 2021 World Juniors. Fans have until Jan. 5 to sign up for the Priority Draw for their chance to purchase tickets in both cities. Visit HockeyCanada.ca/Tickets for more information.