Canada tops Czechs at World Juniors to win Group B 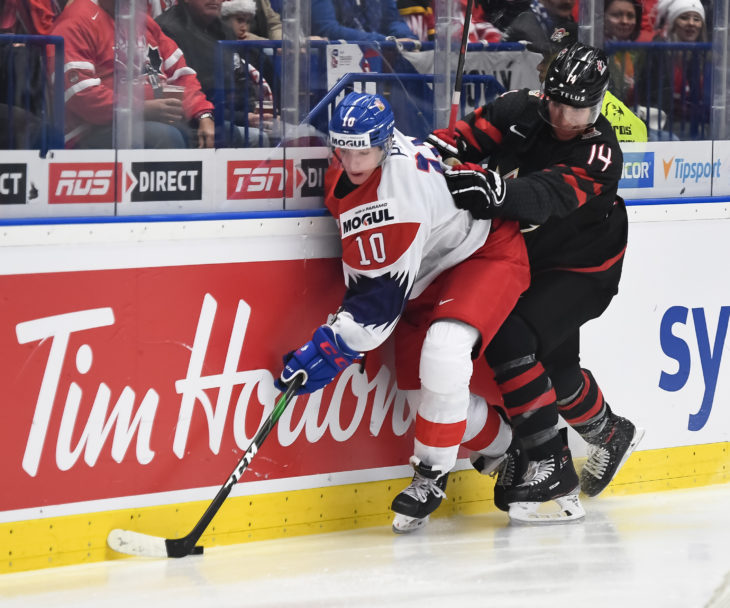 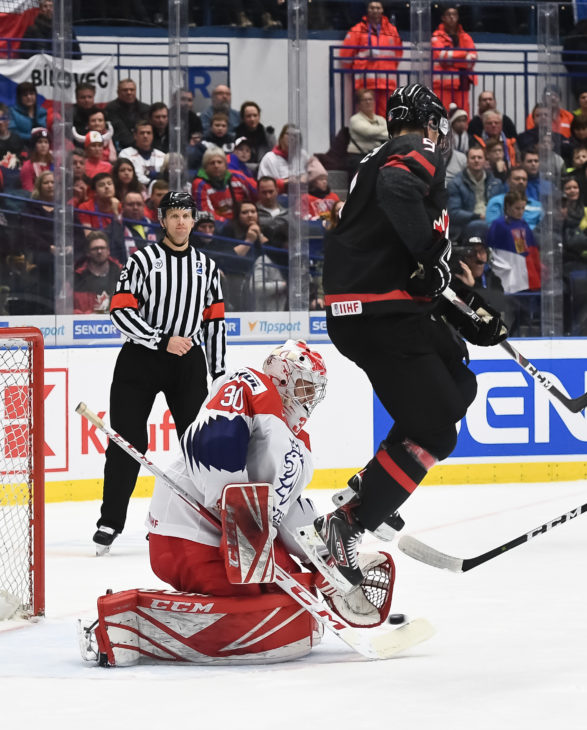 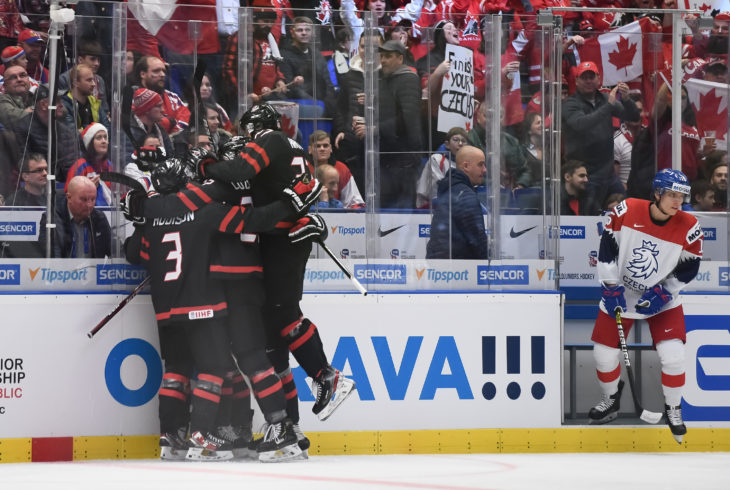 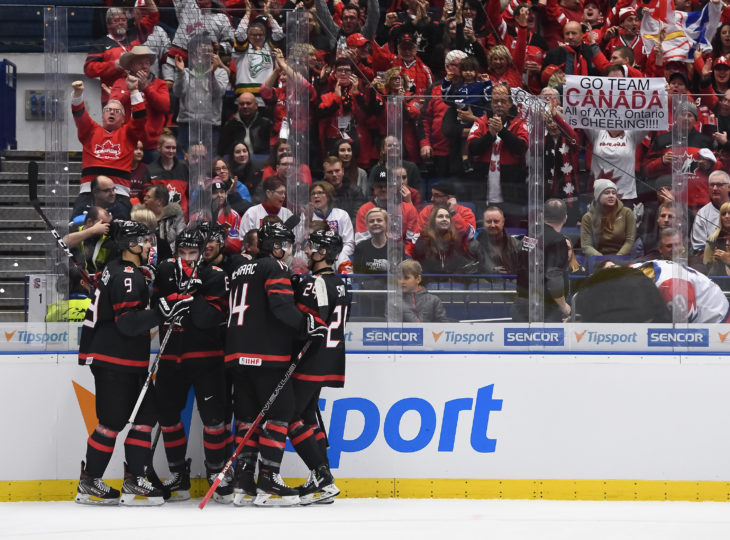 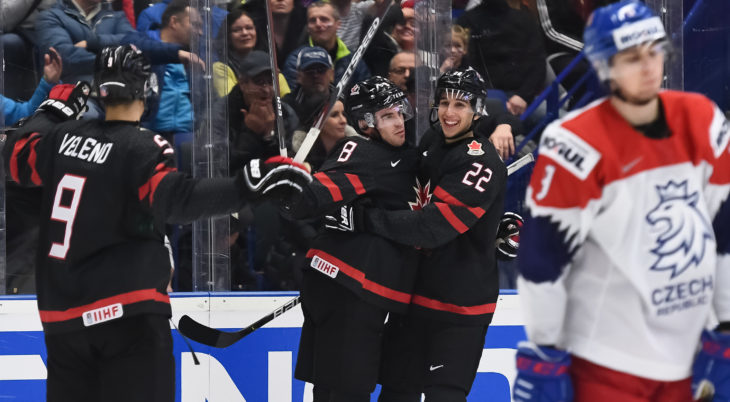 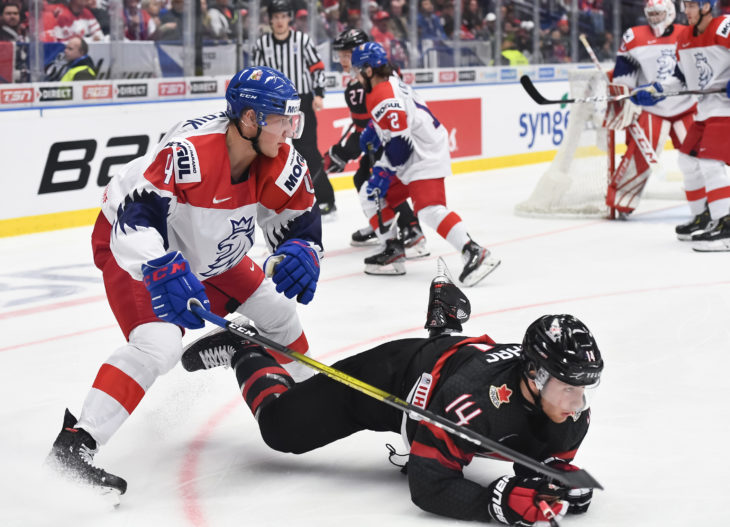 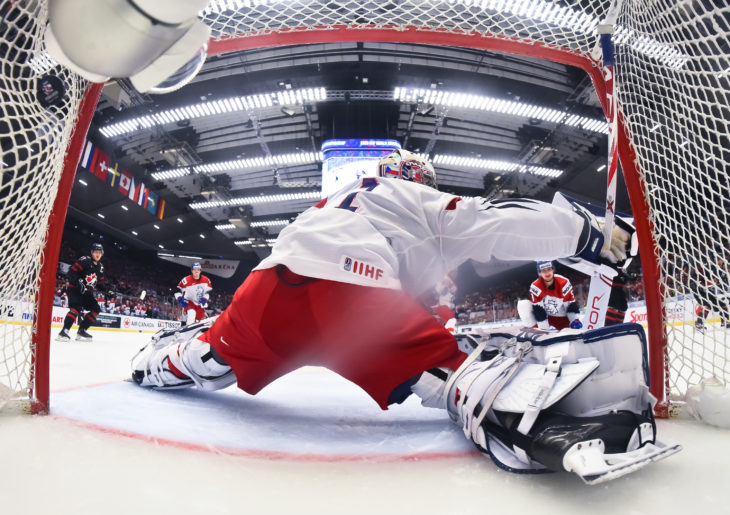 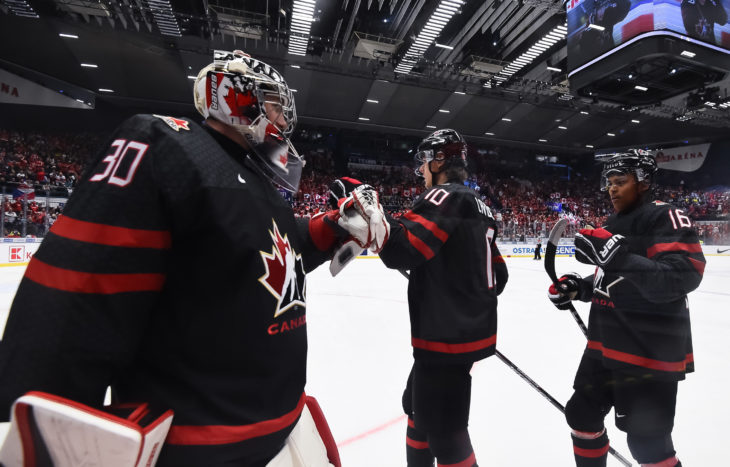 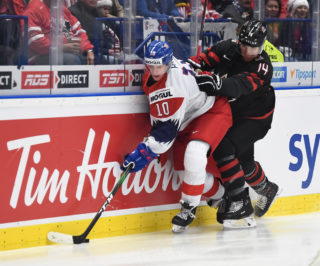 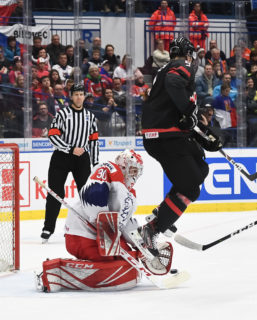 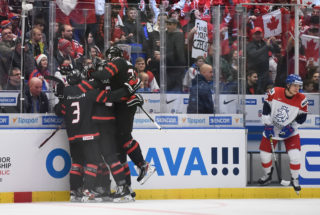 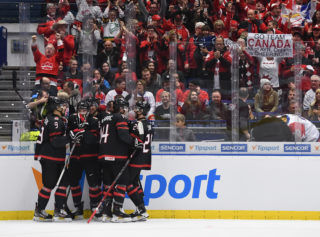 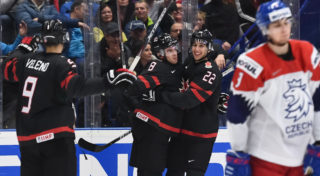 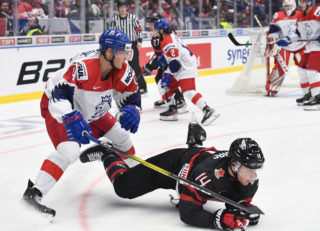 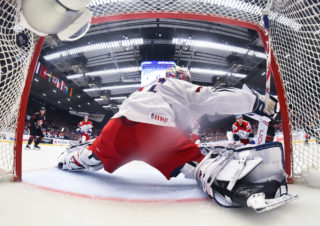 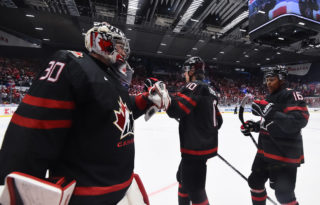 OSTRAVA, Czech Republic – Barrett Hayton (Peterborough, Ont./Arizona, NHL) and Dylan Cozens (Whitehorse, Y.T./Lethbridge, WHL) each scored a goal and set up three others, and Canada’s National Junior Team scored five times on the power play in a 7-2 win over the Czech Republic to wrap up preliminary-round play Tuesday at the 2020 IIHF World Junior Championship.

The victory clinches first place in Group B for the Canadians and sets up a quarter-final match-up with Slovakia on Thursday (9 a.m. ET/6 a.m. PT).

The Canadian power play was the story of the first period, equaling a tournament record with four goals.

Veleno returned to the line-up with a bang, taking a rebound off a Czech leg and beating goaltender Lukas Parik before five minutes had elapsed, and Nolan Foote (Kelowna, B.C./Kelowna, WHL) showed off his shot once again midway through the opening frame, rocketing a one-timer past Parik.

Canada took full control on a five-minute man advantage; Hayton made it 3-0 after a long video review at 13:29, sneaking a shot just across the goal-line, and Connor McMichael (Ajax, Ont./London, OHL) dug the puck out of a scramble in front for the 4-0 goal 61 seconds after that.

Parik exited due to injury after the McMichael goal, giving way to Nick Malik after four goals on nine shots.

After a scoreless opening 11 minutes in the second period, the teams exploded for a record-setting spurt.

Vojtech Strondala got the hosts on the board at 11:10 when he went skate-to-stick and beat Hofer on the power play, and Libor Zabransky snapped a quick shot past the Canadian netminder 14 seconds later to make it a two-goal game.

But Canada responded just 10 seconds after that when a Ty Smith (Lloydminster, Alta./Spokane, WHL) dump-in took a fortuitous bounce in front of the net and onto the stick of Liam Foudy (Scarborough, Ont./London, OHL) to make it 5-2.

Cozens added another man-advantage marker at 12:30, tipping in a shot from Calen Addison (Brandon, Man./Lethbridge, WHL) to send the Canadians to the dressing room with their four-goal lead restored.

Canada guided home the win in the third period, outshooting the Czechs 12-4.

Jared McIsaac (Truro, N.S./Halifax, QMJHL) rounded out the scoring midway through the final stanza, getting a seeing-eye shot from the point through traffic and past Malik.