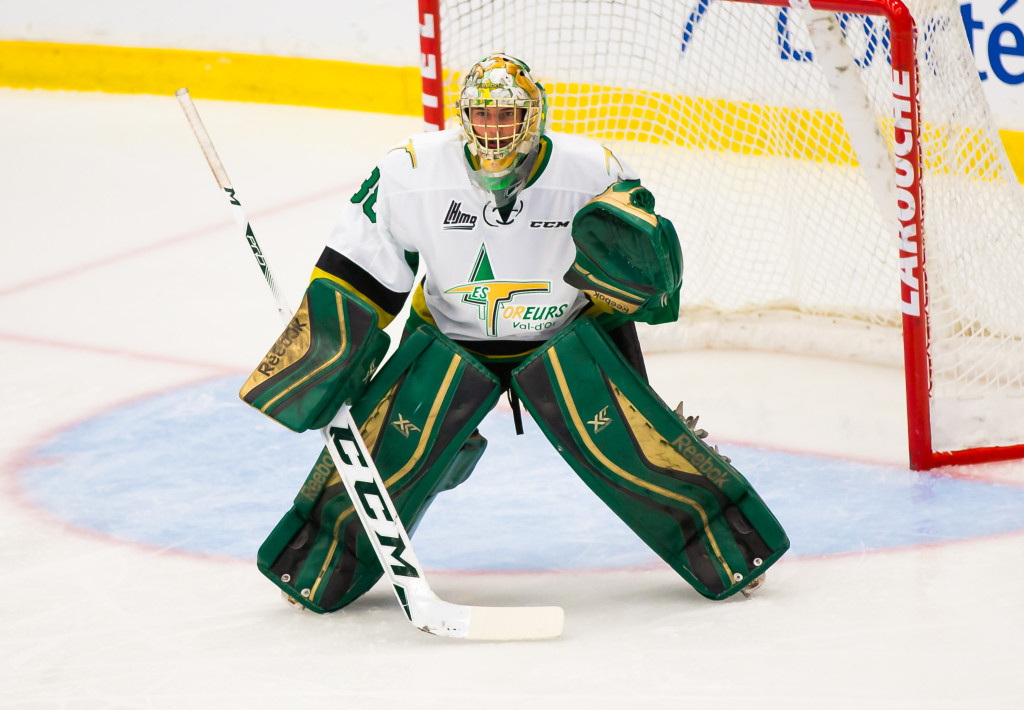 Toronto, ON – The Canadian Hockey League today announced that Étienne Montpetit of the Val-d’Or Foreurs is the Vaughn CHL Goaltender of the Week for the week ending January 3 opening the league’s second half with a 3-0-0-0 record including a shutout victory with a goals-against-average of 1.00 and save percentage of .961.

Montpetit earns the award for the second time this season after making 74 saves in three games for the Foreurs who are just one point shy of first place in the QMJHL standings with a 29-8-2-1 record for 61 points.  He closed out the 2015 calendar claiming first star honours in both games of a home-and-home series against the Blainville-Boisbriand Armada including a 25-save performance last Monday night in a 3-1 road victory, then earned his league-best third shutout of the season with 21 saves in a 4-0 win at home on New Year’s Eve.  Montpetit opened 2016 with another first star performance as part of a 4-2 triumph over the first place Rouyn-Noranda Huskies stopping 28 shots for his 15th victory in 16 games since November.

An 18-year-old from Sallaberry-de-Valleyfield, Quebec, Montpetit is playing in his second career QMJHL season with the Foreurs after being selected in the eighth round of the 2013 QMJHL Entry Draft.  He currently leads the QMJHL in wins carrying an overall record of 23-6-2-1 along with a goals-against-average of 2.51 and save percentage of .907.