Dunn suspended for a total of 5 games 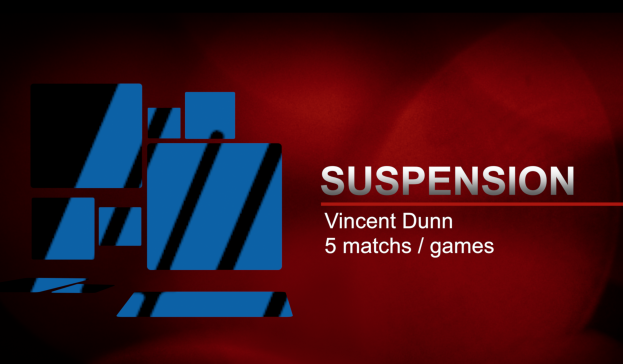 BOUCHERVILLE, Monday January 26, 2015 – The Director of Player Safety of the Quebec Major Junior Hockey League, Raymond Bolduc, suspended Vincent Dunn of the Rimouski Oceanic for a total of 5 games (4 plus one automatic game for code accumulation). The suspension was handed out following an incident that occurred on January 23rd, against the Blainville-Boisbriand Armada.

The Blainville-Boisbriand goaltender shot the puck in the glass to his left to clear the zone.

The player at fault was near the boards at the face-off dot.

He jumped to retrieve the puck.

At the same time, the opponent headed towards him, but was looking at the puck in the air.

After the puck dropped at the player at fault’s feet, he saw the opponent coming and cross checked him at the height of the throat.

The player at fault cross checked his opponent with force, the gesture useless and unwarranted.

This is not the first offence for the player at fault.

The Director of Player Safety made this decision after having viewed videos of the incident, considered the officials report, spoken to the players and organizations involved and after consulting the Advisory Committee for disciplinary action.