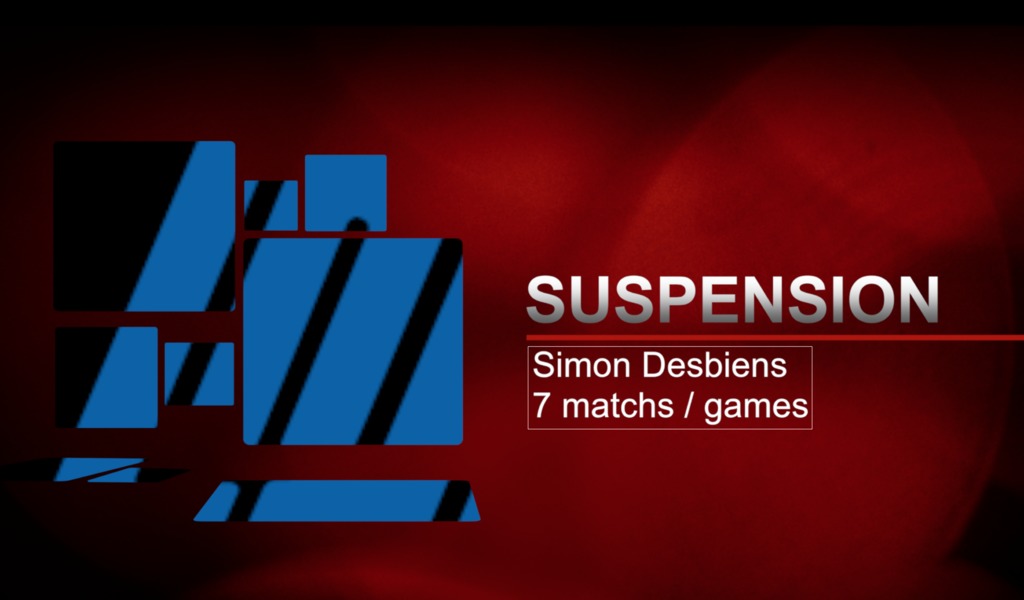 BOUCHERVILLE, Sunday February 22, 2015 – The Director of Player Safety of the Quebec Major Junior Hockey League, Raymond Bolduc, suspended Simon Desbiens of the Baie-Comeau Drakkar for 7 games. The suspension was handed out following an incident that occurred on February 21, against the Sherbrooke Phoenix.

The opponent headed towards the end boards to retrieve the puck. At the same time, the player at fault left the blue line, accelerated to the red goal line and hit his opponent from behind.

When his opponent recovered the puck, he tried to dribble it. He was 3/4 facing the boards and two or three feet from them.

His opponent was in a vulnerable position.

The player at fault never slowed down and did not try to minimize the contact. He hit him in the back with force.

His opponent fell and was propelled into the boards with force.

This is not the first offense of the player at fault.

The player Jérémy Roy was injured when his knee made contact with the boards.

The Director of Player Safety made this decision after having viewed videos of the incident, considered the officials report, spoken to the players and organizations involved and after consulting the Advisory Committee for disciplinary action.