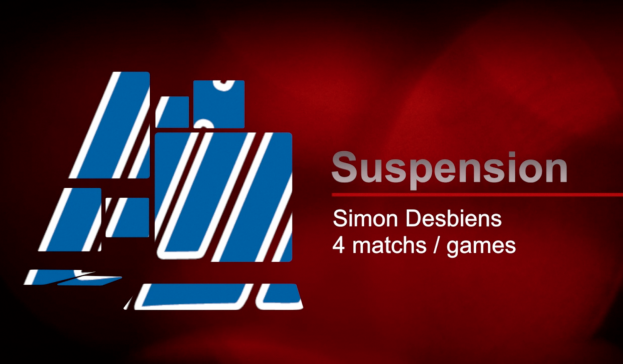 The Director of Player Safety of the Quebec Major Junior Hockey League, Raymond Bolduc, today suspended Simon Desbiens of the Sherbrooke Phoenix for 4 games (1 automatic and 3 imposed by the League). The suspension was handed out following an incident that occurred on January 31, against the Chicoutimi Saguenéens.