Canadian Hockey League annonces its 2006 NAPA CHL award winners; Radulov is the Player of the Year 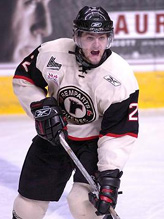 Alexander Radulov of the Quebec Remparts received the player of the year and top scorer awards thanks to a phenomenal season, in which he collected 61 goals, including 9 game-winners, and 91 assists for a total of 152 points. He also registered a +53 plus/minus differential.

Finally, the Canada Post Cup winners of each League were Alexander Radulov of the Remparts in the QMJHL, Wojtek Wolski of the Battalion in the OHL and Justin Keller of the Rockets in the WHL.