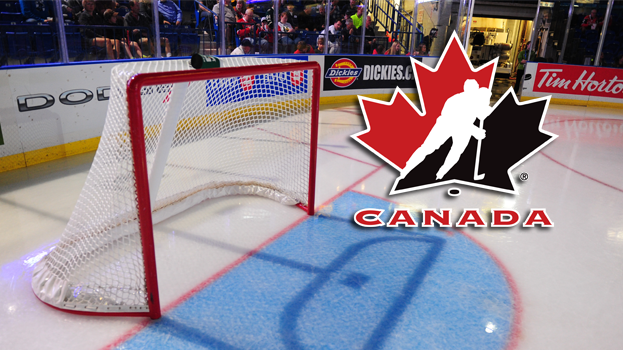 ZUG, Switzerland – Canada’s National Men’s Under-18 Team has advanced to the quarter-finals at the 2015 IIHF Ice Hockey U18 World Championship after finishing first in Group B with a perfect 4-0 record during preliminary round play.

It will meet Sweden in the quarter-finals on Thursday. The puck drops at 10 a.m. ET/7 a.m. PT, live on TSN and RDS, the official broadcasters of Hockey Canada. Check local listings for broadcast times.

Canada capped the round robin with a 3-2 win over Finland on Tuesday. Mathew Barzal (Coquitlam, B.C./Seattle, WHL), Thomas Chabot (Ste-Agathe-de-Beauce, Que./Saint John, QMJHL) and Tyler Benson (Edmonton, Alta./Vancouver, WHL) scored goals in a span of 6:32 in the second period to help the Canadians erase a 2-0 deficit after 20 minutes and get the victory.

Finland finished second in Group B, followed by the Czech Republic and Switzerland. Russia, the United States, Slovakia and Sweden were the top four finishers in Group A, all advancing to the quarter-finals.