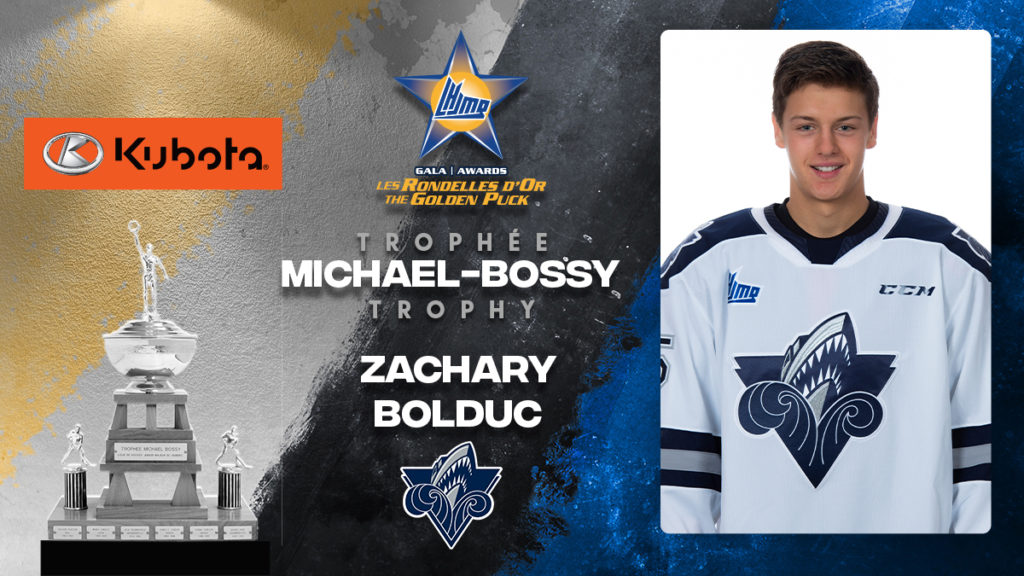 Rimouski Océanic forward Zachary Bolduc was surprised by Louis Jean and Mike Bossy on the Videotron Centre’s jumbotron during game two of the President Cup Final. The TVA Sports hosts unveiled his name as the Michael Bossy Trophy winner at the end of the first intermission.

Zachary L’Heureux (Halifax Mooseheads) and Xavier Bourgault (Shawinigan Cataractes) were the other two finalists of the Kubota Top Prospects Award. Like Bolduc, they are both listed as potential first round selections by NHL Central Scouting.