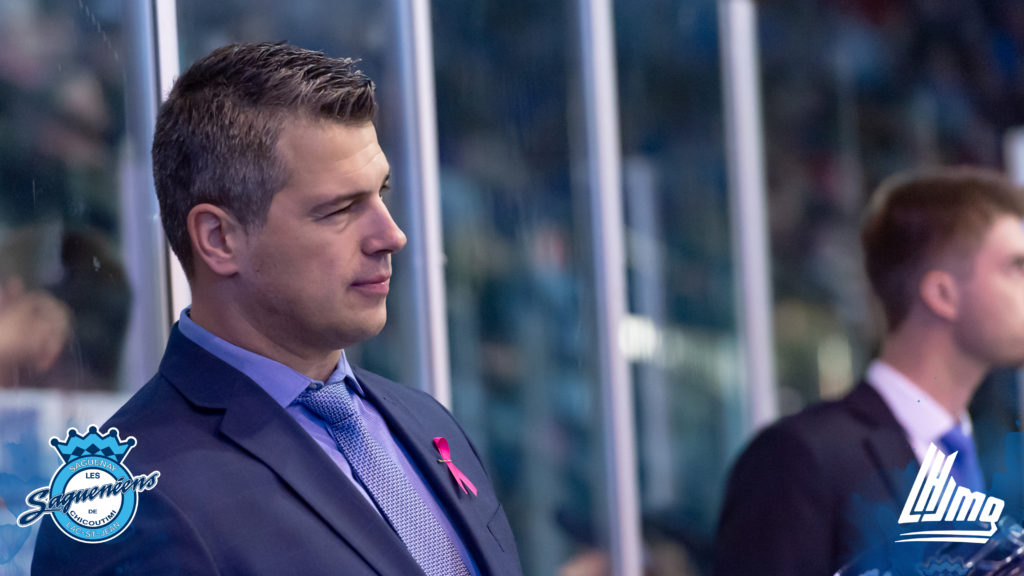 “Our chemistry was unreal.”

Those are the first words that come to mind when Chicoutimi Sagueneens Head Coach and General Manager Yanick Jean is asked to describe the last squad from the city to claim a President Cup title.

That was back in the spring of 1994 and Jean was an 18-year-old defenseman on a Sags squad that earned a championship in one of the most unconventional ways possible. Partly because of the adversity they consistently overcame – each of their first three series went the full seven games that year – and partly because of the character shown by that group game after game, the man from nearby Alma, Quebec remains passionate in recalling this truly memorable team.

“We were so resilient,” Jean continues. “We ended up playing 27 games in the playoffs, which is still a league record. We came back from being down 2-0 against Laval in the final, including being down 3-0 in Game 5. We knew that we were going to be in the Memorial Cup in Laval anyway (as the second QMJHL representative), but we just kept focusing on being our best. It was a great time!”

And does time erase those memories? It doesn’t appear so for this group.

A quarter-century after skating around the Olympic-sized ice surface of the Centre Georges-Vezina with the President Cup aloft, Jean now stands behind its home bench. Despite not yet reaching the age of 45, he can already lay claim to over 1000 games coached in the QMJHL, nearly 500 of which are regular season victories.

He’s seen a lot in a relatively short period of time. And what he sees in front of him this year reminds him of that championship team he once suited up for.

“Our leadership (this season) is excellent,” comments the bench boss. “We have a guy in (Rafael) Harvey-Pinard that has experience in winning both cups just last year. His work ethic is contagious. I see a lot of similarities in (goaltender) Eric Fichaud (from the 1994 team) and Alexis Shank. Both have been important to our success then and now.”

“Our coach back then (Gaston Drapeau) used to tell us: “we have five or six guys that can score. The rest of you, just keep us even.’” he goes on to say with a laugh. “I’d say that our team this year has more depth, especially on offense.” 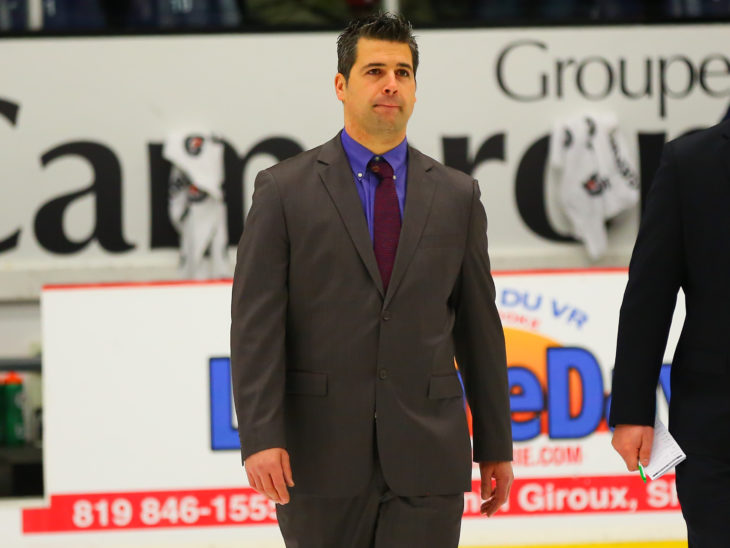 Despite the extensive experience Jean possesses behind the bench, he’s never guided a team quite like this one. Make no mistake, this team is built to win right now, a mantra that was reinforced with a flurry of activity during the recent trade period.

With the acquisition of such stars as forwards Raphael Lavoie, Dawson Mercer, Felix Bibeau and defensemen Patrick Kyte and Karl Boudrias, Jean and his staff may have altered the roster and maybe even their approach, but not their message.

“It’s definitely different managing an older group like ours. We rely on chemistry so much and have so many great individuals in our dressing room,” Jean points out. “The main thing we did in the first half (of the season) was evaluate the team we had. We asked guys if they were willing to sacrifice a few points and a few minutes of ice time every night in order for us to win. The players went out and showed us that they were committed.”

“Still, (our coaching staff) always reminds our guys that we cannot get blinded by wins. It’s about progress and getting better every day,” he states. “Following that process will bring us success more than anything. We have the ability to calm things down when things are perhaps getting too emotional out there.”

That staff is, in its own way, rife with star power as well. Between former President Cup winning coach Claude Bouchard (Val-d’Or, 2000-2001) and Director of Hockey Operations Renald Nepton, a man of many talents – he was the team’s trainer during Jean’s playing days in the “Q” – there exists literally decades of experience from which Jean can draw upon.

For Yanick Jean, the opportunity to come home to coach the Sags back in 2014 was a prelude to this moment. The challenge and the pressure have no doubt been difficult. Still, it’s an opportunity that he not only takes pride in, but embraces. With the experience he possesses, Jean can spot the differences between this team and the one he won it all with 26 years ago.

But what exactly could be the thing that sets this year’s team apart from its current competition?

“It’s hard to say, really, with so many good teams competing,” Jean ponders. “We know that we trust each other as individuals, though. We make sure that we keep improving every day and are ready for whatever happens. And we will be ready.”

Wise words from a man that knows all about trust. And resilience. For those are words that have followed him around the Centre Georges-Vezina quite literally for decades. 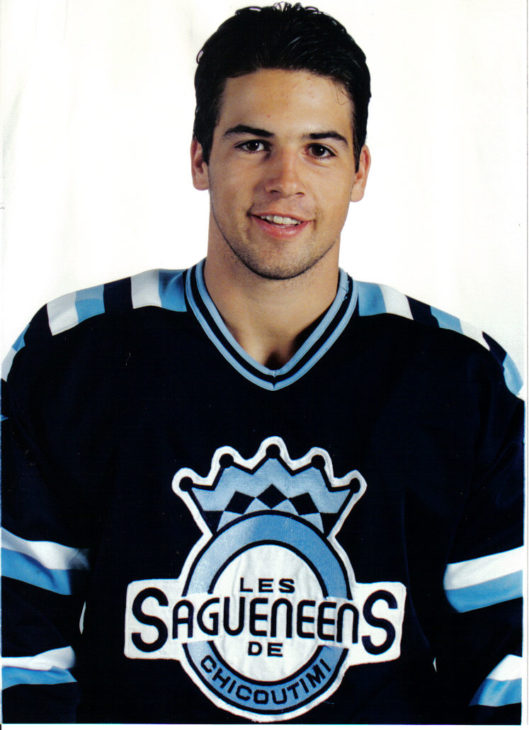