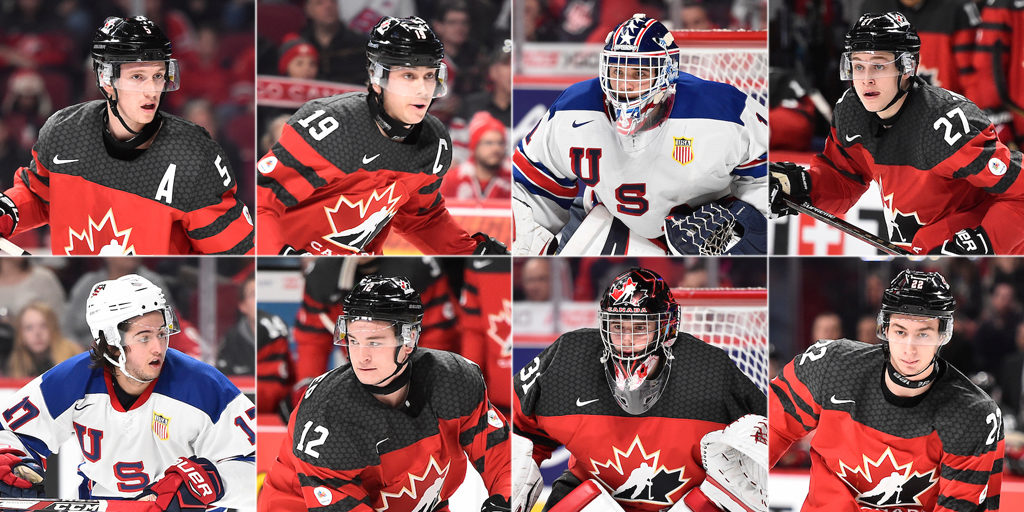 With the 2017 IIHF World Junior Hockey Championship in the books, 55 CHL players return to their respective clubs as the season heats up headed into mid-January.

Several key World Junior competitors return to CHL clubs that are emerging as contenders in the weeks and months leading into the post-season. A total of 23 players from teams in the 16th and current edition of the CHL Top 10 Rankings participated in Montreal and Toronto.

The MVP of the 2017 World Juniors is one of those names. Ottawa Senators prospect Thomas Chabot returns to a Saint John Sea Dogs team that is poised to make a run at the President Cup. The 19-year-old rearguard led all defencemen in scoring at the tournament with four goals, six assists and 10 points over seven contests.

“I gave everything I had at the World Juniors,” said Chabot. “I left it all out on the ice for my country. To fall short like that, to come so close, it gives you that fire and that hunger to make something happen, to reach your goal in the months ahead.”

Chabot and fellow Team Canada competitor Mathieu Joseph are bringing a new teammate back to Saint John with them as Carolina Hurricanes prospect Julien Gauthier joins the Sea Dogs for the stretch run. The 6-foot-4 winger won a President Cup with the Val-d’Or Foreurs in 2014, competing in the Mastercard Memorial Cup as a rookie.

“Losing the way we did sucks,” Chabot added. “The bright side is that I’m going back to a great team in Saint John where we will battle for a President Cup and a Memorial Cup. It’s great that we have new guys like Julien and goaltender Callum Booth on the team now as well. I would love to end my junior career with a championship.”

A player in similar circumstances, Team Canada captain Dylan Strome, who equalled Chabot’s 10 points (3-7–10) at the World Juniors, returns alongside Taylor Raddysh to Erie with a new teammate as Tampa Bay Lightning prospect Anthony Cirelli looks to put the Otters over the top.

Having reached the Western Conference Final three years in a row, the Otters hope their fourth run at an OHL title is the one that gets the job done.

“We were one shot away from gold in Montreal and in Erie we’ve had three real good runs at an OHL Championship,” said Strome. “With the group we have in place we’re eager to make the most of what we have, produce at the right time and accomplish our goal this season.”

Strome, who played seven games with the Arizona Coyotes early this season, has learned through his experiences as a 19-year-old these past few months. Going to Arizona was an eye-opener and the World Junior experience on home ice was unique.

“You watch the guys in the NHL and you learn how to be a pro. You make your mistakes and you learn from them.” he said of his start with the Coyotes. “Playing on home ice in the World Juniors is an experience you can’t reproduce. It’s a loss that we’ll all remember, but we didn’t hold anything back and we left it all out there. Now it’s time to take what I’ve learned and bring it back to Erie where we’ve got a very talented group of players that want to win.”

The WHL’s Everett Silvertips feature a pair of Team Canada players as Philadelphia Flyers prospect Carter Hart is back in the crease while captain Noah Juulsen returns to the blue line.

Juolevi became the 23rd player in CHL history to win both a World Junior gold medal and a Mastercard Memorial Cup title in the same season, doing so for the first time since Cam Fowler (Windsor Spitfires) in 2010.