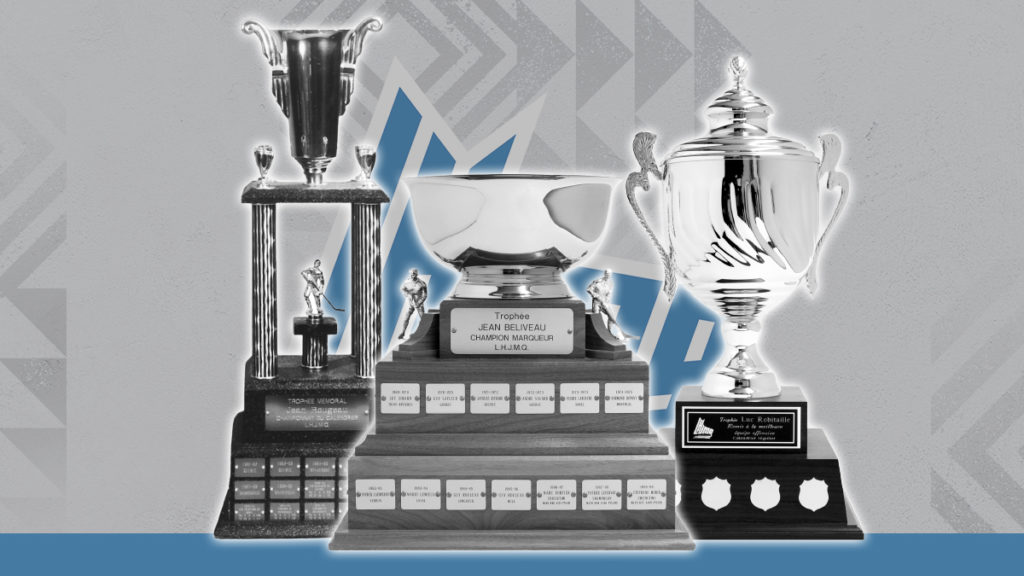 The Robert-Lebel Trophy, awarded annually to the team with the best goals-against average in the regular season, will be presented to the Quebec Remparts this year. The Remparts finished the season with a 2.56 goals-against average, just a few points ahead of the Charlottetown Islanders average of 2.61.

On the flip side, the Luc-Robitaille Trophy is awarded to the team that scored the most goals during the regular season. This year, no team has found the back of the net more often than the Saint John Sea Dogs. The Maritime team scored 311 goals in 68 games (an average of 4.51), nine more than the Quebec Remparts.

Wrapping up the regular season, we have four players that finished top of the league in various categories.

Congratulations to William Dufour, who finished with a league best (and franchise record!) 56 goals! 👏#CityofChampions pic.twitter.com/CiJA4O4vp9

Another QMJHL defensive award is the Jacques-Plante Trophy, which is presented annually to the goaltender who finishes the campaign with the best goals-against-average. The goalkeeper who will receive the honour in 2021-22 is Shawinigan Cataractes’ netminder Charles-Antoine Lavallée. He finished his season with a 2.40 GAA, just ahead of Remparts goaltender Fabio Iacobo and his 2.42 average.

In addition to winning the Robert-Lebel Trophy, the Remparts also took home the Jean-Rougeau Trophy, an honor given to the franchise that is crowned regular season champion. With an impressive 51-15-2-0 record, the Quebec Remparts finished atop the overall standings with 104 points, edging out the Charlottetown Islanders (48-13-7-0) by just a single point.

Finally, there is the Jean-Beliveau Trophy, awarded annually to the league’s top scorer, who will be heading to Sherbrooke this season. Phœnix forward Joshua Roy was crowned the QMJHL scoring champion after netting a hat trick in his final game of the season. With that performance, he pushed his totals to 51 goals and 68 assists, good for 119 points in only 66 games.