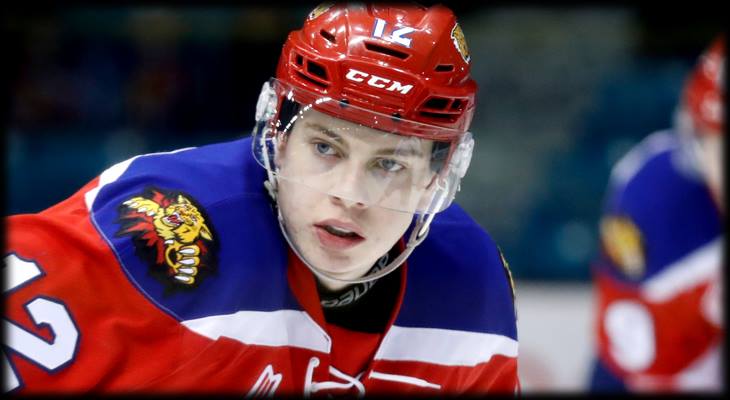 The Moncton Wildcats put on another dominant performance last night defeating the Rouyn-Noranda Huskies 4-3 in a shootout! Dominik Tmej had another outstanding night in nets for the Wildcats as well, helping to lead his team to back-to-back victories in his first two games.

Kelly Klima was on the board in the opening minute tonight, recording his 13th of the season at 0:39 of the first frame. The lead would continue to change hands throughout the game as Rouyn responded with two first period goals by Jean-Christophe Beaudin to give the visitors a 2-1 lead after the first.

Wiederer would tie things up in the second for Moncton on a shorthanded goal for his 12th of the year. Then, on that same Huskies power play, the visitors would score once more to take the lead right back. The lone third period goal went to Wildcats forward Derek Dicaire for his second of the year with assists to Kevin and Kelly Klima. With time winding down in the game, the Wildcats would go to the power play with just over one minute remaining but were not able to capitalize, sending this game to overtime and an eventual shootout.

McKenna was up first for Moncton in the shootout, making no mistake to give the Cats the early momentum; then Kelly Klima would also find the back of the net to take this one 4-3! With Dominik Tmej stopping both Rouyn shooters, it would only take McKenna and Klima for the win! Tmej had another impressive performance in nets tonight facing 26 Rouyn shots, and was solid in the shootout.

The Wildcats are back at home next Friday December 9th at 7:00 p.m. vs. the Victoriaville Tigres, then on Saturday Blainville is in town at 4:00 p.m. It is also Star Wars night and our season ticket holder skate with the Cats on Saturday, see you then!