Wildcats prepared to be patient during transitional season 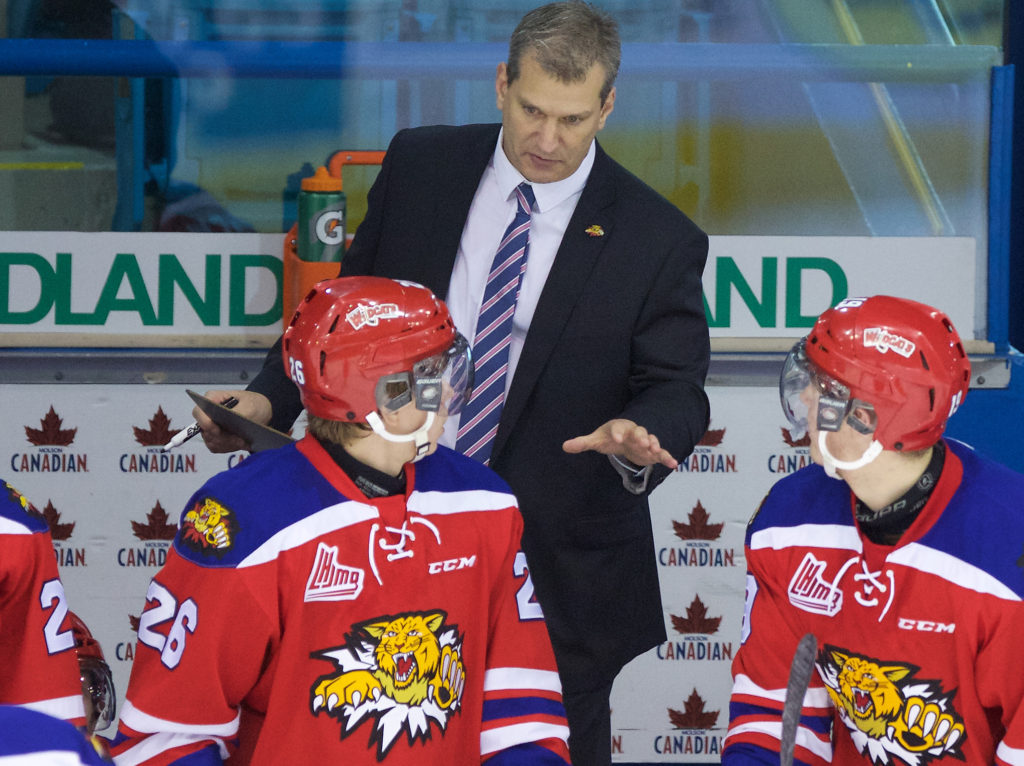 After reaching the QMJHL semifinals in each of the last two years, expectations are much different for the Moncton Wildcats entering the 2016-17 season.

“The bottom line with us is that we’re definitely a much younger team,” director of hockey operations Roger Shannon said. “It will be a challenging year for us, yet an exciting one. We have a purpose and a target and a goal. Junior hockey requires some thought around building, but we still want to be competitive while we’re building. I like our core.”

The most notable loss is Arizona Coyotes prospect Conor Garland, whose 128 points led the CHL and QMJHL last season. With Garland poised to turn pro, some of his former teammates will lead the way for the Wildcats.

A key part of that process is a 20-year-old class that includes goalie Keven Bouchard, defenceman Zachary Malatesta and forward Manuel Wiederer.

Wiederer, who tallied 29 goals and 64 points to finish third in team scoring, was drafted by the San Jose Sharks in the fifth round this summer to earn a spot at his first NHL camp. The other two overagers also went to NHL camps, with Bouchard going to Edmonton and Malatesta to the New York Rangers.

“When you have a young team and you’re building, your 20-year-olds have to be more than just good players,” Shannon said. “They have to be good people. They will establish what the culture will become and they determine how the future group will behave, on and off the ice. We couldn’t have a better set of 20-year-olds.”

Other returnees include 19-year-old forwards Cameron Askew, Will Bower and Lane Cormier, along with twins Kevin and Kelly Klima. Askew’s 65 points ranked second on the club behind Garland, while Kevin Klima was fourth with 50 points.

Kelly Klima chipped in with 41 points, while Bower collected 22 in just 40 games. Cormier, a heart-and-soul type, earned an invitation to the New York Islanders camp, but a hit to the head during the pre-season prevented the veteran winger from experiencing that honour.

Eighteen-year-old Liam Murphy (9-19-28) is also back, while 17-year-old Jeremy McKenna will make his debut after spending last season in Austria.

Other newcomers up front include Lac St-Louis (Que.) midget AAA product Adam Capannelli, a fierce forechecker who “has a motor that doesn’t quit,” according to an International Scouting Services report. Also in the fold are Derek Dicaire, Sam Meisenheimer and Jonathan Aspirot.

The organization still has high hopes for Mika Cyr, a 2015 second-round draft pick who recently had knee surgery. The 17-year-old is expected to miss the season’s first half and maybe more.

Shannon believes Moncton’s main strength is team speed. That should at least make for some entertaining hockey during a transitional season.

“We move the puck quickly and we have some terrific skaters,” Shannon said. “We’ll put a lot of pressure on teams with our speed.”

Malatesta and mainstay Adam Holwell will anchor the blueline. Malatesta has missed just three games in his two years with the Wildcats. The 19-year-old Holwell, another iron man, appeared in a team-high 67 games last season and has missed just seven contests in three years with Moncton.

“They’re going to be huge,” head coach Darren Rumble said of the veteran pair. “They’re going to play lots. They’re such good kids that they sometimes tried to do too much in the pre-season because they care so much. We’ve asked them to simplify things to set an example for the younger guys.”

Another returnee on defence is Ryan Mooney, a 2014 draft pick of his hometown Sudbury Wolves in the OHL Priority Selection. Mooney appeared in 36 games last season for Moncton. The rest of the rearguards are rookies Brendan Bornstein, Alex Lavoie, Simon Le Coultre, Noah Massie and Connor Senken.

“I like our defencemen and I like where they’ll be someday,” Shannon said. “We have a young defence corps and they’re going to make mistakes.”

That young defence corps will learn a lot from Rumble, a former NHL blueliner and 1987 first-round draft pick of the Philadelphia Flyers.

“Good coaches teach and good teachers show people how to learn,” Shannon said. “That’s what this season is about.”

Bouchard will provide poise between the pipes, while Matthew Waite is a rookie with wisdom beyond his years. He’s the son of former NHL netminder and current Chicago Blackhawks goaltending coach Jimmy Waite and the nephew of Montreal Canadiens goaltending coach Stephane Waite.

“You can see all the influences,” Shannon said. “It’s nice to get a goalie who’s been taught well. He’s had some training in the garage.”

The Wildcats will move into a new downtown building to start the 2018-19 season. But the current campaign is about forming a foundation.

“I really love our chemistry and character right now,” Rumble said. “We have a good group of guys who are coming together nicely. We have some work to do on learning what it takes to battle and compete at this level on a day-to-day basis with consistency. The only way to get consistency is to get tons of reps and make mistakes, and then learn from those mistakes.”