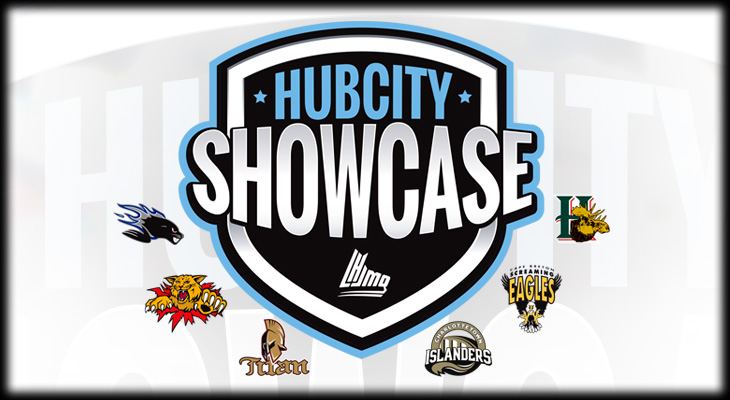 The Moncton Wildcats are excited to announce the official roster for the Hub City Showcase! The tournament will feature all six Maritime Division QMJHL teams, where fans coming from across Canada and the USA will have the chance to see players from this year’s and last year’s draft classes go head-to-head next weekend. The tournament will begin on Friday August 19th with Moncton playing their first game at 7:00 p.m. vs. the Cape Breton Screaming Eagles, followed by another 7:00 p.m. game on Saturday vs. the Saint John Sea Dogs. All of the games will take place at the Superior Propane Centre, with the final’s being held on Sunday. Tickets are on sale now, call (506) 382-5555 to get yours today; tickets can also be purchased at the door.

“The Hub City showcase allows fans around the league to see the young talent all six Maritime teams have accumulated through draft or free agency” said Director of Hockey Operations, Roger Shannon. “We have decided to only bring players to the showcase who have never been part of the Wildcats team, we are excited to give the young guys the chance to show their talent and what they can do against similar talent around the league! Next weekend is sure to be jam packed and exciting for families, and fans everywhere.”

This tournament will be the kick-off to training camp for all of the Maritime teams, with the Wildcats main camp officially beginning on Tuesday August 23rd. The team is looking forward to showing the fans here in Moncton our great talent and upcoming prospects during this tournament. We are also proud to be bringing in three Wildcats scouts and experienced high-level coaches for the Hub City Showcase and training camp; Andre Lefebvre – NS Scout – Asst Coach Valley MHL, Tom Lee – NS Scout – Hockey NS U16 Coach & Former Saint Mary’s University ‎Asst Coach, as well as Jeff Lewis – NB Scout – Head Coach Rothesay Netherwood School. These three will be on-ice with the team focusing on player development, as well as on the bench in the Showcase games working alongside the Wildcats coaching staff to give the players the best opportunity to grow and develop while at camp.

The Wildcats will have three home exhibition games before the regular season gets underway. August 26th at the Superior Propane Centre, 7:00 p.m. vs Charlottetown. September 10th in Springhill at  7:00 p.m. vs. Halifax and September 16th in Bouctouche vs. Adadie-Bathurst at 7:00 p.m.

Home opener is on Friday September 23rd at 7:00 p.m. vs the Mooseheads! Individual game tickets will go on sale September 10th at the Moncton Coliseum Box Office. If you are interested in season tickets call the Wildcats Office at 382-5555!