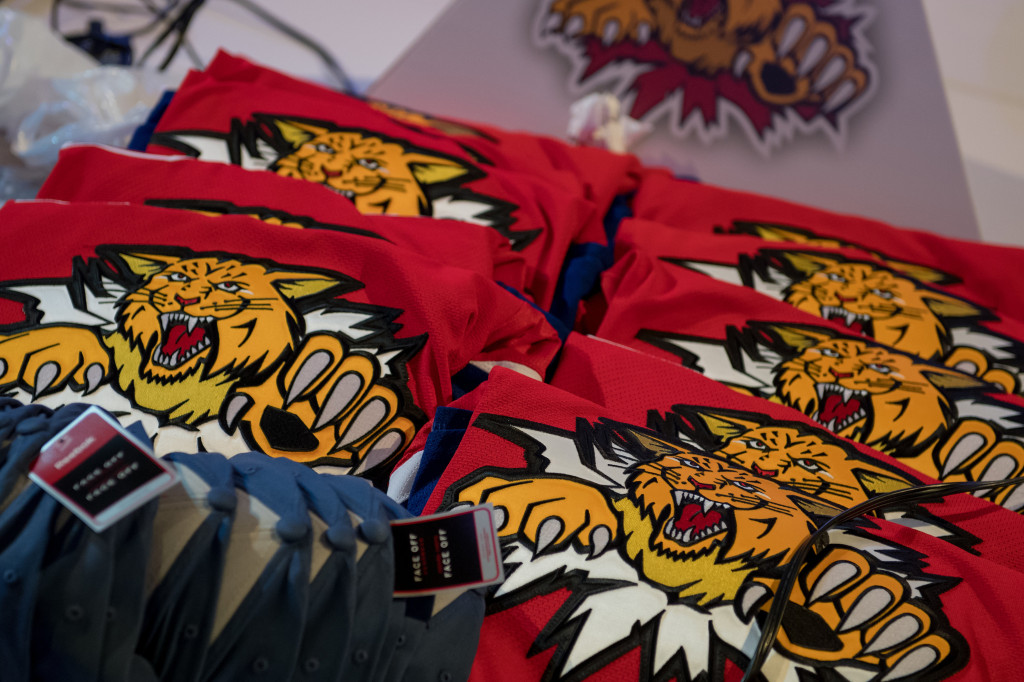 MONCTON N.B. – The 2016 QMJHL Draft has now come to a close. It was a successful day for the Wildcats today in Charlottetown, drafting 16 new players to the organization. There was only one trade made today by the Wildcats, sending their first round 15th overall pick to the Blainville-Boisbriand Armada in exchange for a second round draft pick in 2017, as well as the 50th, 79th & 82nd overall picks in today’s draft. As it stands, the Wildcats have added eight defenceman, seven forwards and one goaltender after the conclusion of this year’s draft.

“I am very pleased with our draft today, said Wildcats Head Coach,” Darren Rumble. “I look forward to seeing all of our guys at prospects camp, and then again in August for our main camp. We have some exciting hockey in front of us and I am looking forward to seeing these players on the ice soon!”

The following are all of the Moncton Wildcats selections made in today’s draft:

Noah Massie was selected in the third round, 50th overall. Standing at 6’1 170 lbs this defenceman played last season at John Rennie High School

Our fourth round, and 64th overall pick was Jacob Hudson from the Cape Breton West Islanders.

The Wildcats had three selections in the fifth round today. The 79th overall pick was Dereck Dicaire who played last season with Les Forestiers d’Amos AAA. The 82nd pick welcomed Logan Cash from the Halifax Macs, while the 86th overall selection was TJ Walsh from the Cushing Academy Penguins.

After a busy fifth round, the sixth was just as fast paced with another three picks. Chris Murphy from the St. John’s Privateers Midget AAA became the 95th overall selection. The 104th pick was Kensington Wild defenceman Clark Webster. Then to finish off the sixth round, the team selected Patrick Keegan 109th from the Billerica HS Indians.

In the nineth round Tyler Caseley was selected 158th overall from the OHA Mavericks Maroon Major Midget AAA, the only goaltender selected by the Cats during this year’s draft.

From Govenor’s Academy, Cameron Boudreau was added to the Wildcats in the tenth round, 176th overall.

Mike Higgins was the 194th overall selection in the 11th round from the Boston Advantage.

Defenceman Dylan Massie was drafted 212th overall in the twelfth round from John Rennie High School.

The 13th round pick was Matt Templeman, selected 230th overall from Newbridge Academy.

The Wildcats organization would like to welcome all of our newly drafted players to the team! Congratulations, and we look forward to seeing you in Moncton soon!