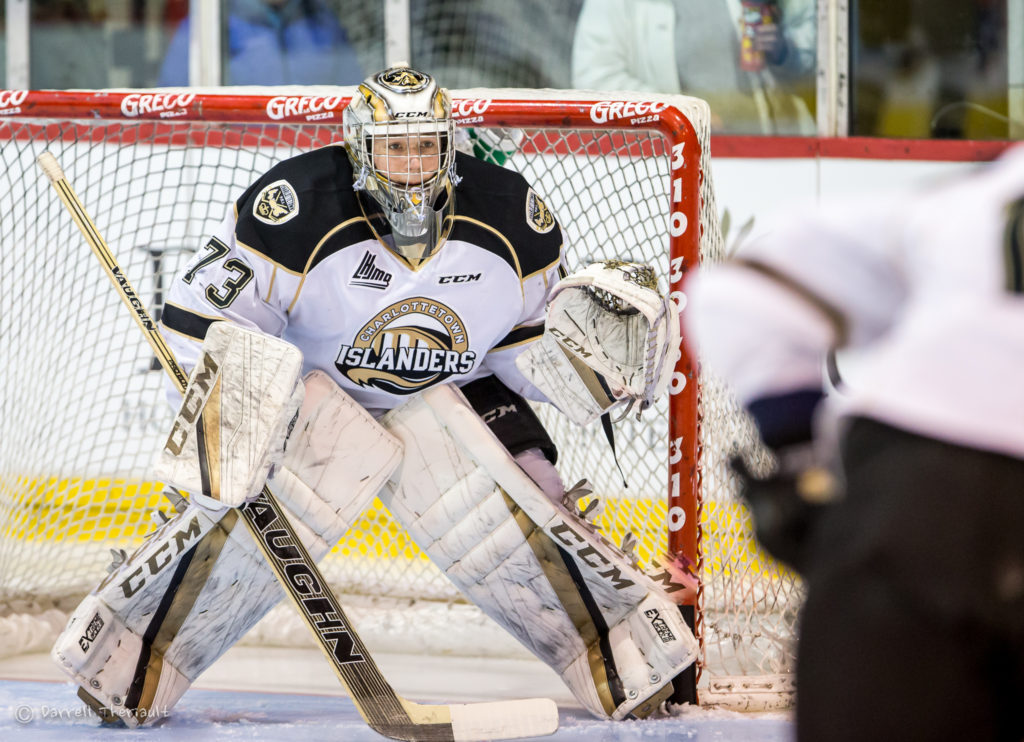 Just like that, Matthew Welsh is an 18-year-old in the Quebec Major Junior Hockey League.

It seems like yesterday he was a 16-year-old rookie backing up now pro Mason McDonald.

This past season, with McDonald gone, Welsh shared starting duties with 19-year-old Blade Mann-Dixon for the first half.

At the deadline, Mark Grametbauer was acquired from the Gatineau Olympiques and the two rotated until Grametbauer’s excellent play stole the lead role.

While Welsh may have seen more bench than he would have liked, his sophomore season was anything but a disappointment for him. He went 24-12 in the 36 regular season games he played in, posting a 0.899 save percentage.

“All in all, I thought it was a great season for not only me but for the whole organization,” said Welsh.

“I knew going into the season there was much more expectation for me as I was one year older and already had a full season under my belt. I was lucky enough to have such a great team in front of me all year and great teammates to play with.”

The Islanders had a roster full of veterans that Welsh worked with throughout the long 68 game regular season, and into the playoffs. They offered him encouragement and advice when needed.

“There was obviously ups and downs to the season but I feel as if I continued to develop as a player and person through all the good and bad times the season brought. So, for that reason, I consider it to have been a great season for me.”

After two full seasons as a Junior hockey player, Welsh says the thing he has learned most has been how to act and present yourself as a professional.

“Our coaches and trainers like Kevin (Elliott) and Jim (Hulton) have been around the NHL and I’ve even had teammates who have been a part of NHL teams or at NHL camps and I have taken away as much as I could from them about what it takes to get to the next level.”

Not to be forgotten, is how far he has grown on the ice, and between the pipes working with Islanders goaltending coach Paul Drew.

Prince Edward Island has become a second home for Welsh, who is from Halifax, Nova Scotia. A big part of that transition, and how easy it was, is because of his billet family.

“My billets also have always been there for me through all the good and bad times and I can’t thank them enough for all they helped me out with through the years. It’s nice to always be able to go home to a family that is always in your corner no matter what.”

With Grametbauer heading to play with the Moncton Wildcats (along with Welsh’s brother Nicolas), it is expected that Welsh will see the net much more this upcoming season.

“With the possibility that I could be given a role to get more starts this season, I am trying to prepare my body to be durable enough to handle the extra workload. It is very exciting for me that I have an opportunity to get plenty of starts this season as that is what I wanted ever since I entered the league when I was 16.”

For Welsh, the love of the game and his desire to succeed continues to push him every day.

“I love being in the net and it’s a special feeling whenever I get to do it. That being said, I believe starts are earned so I will continue to work really hard every day to earn every start and I am excited for that challenge.”