Vincent Lecavalier : “It’s a tremendous honour to be inducted” 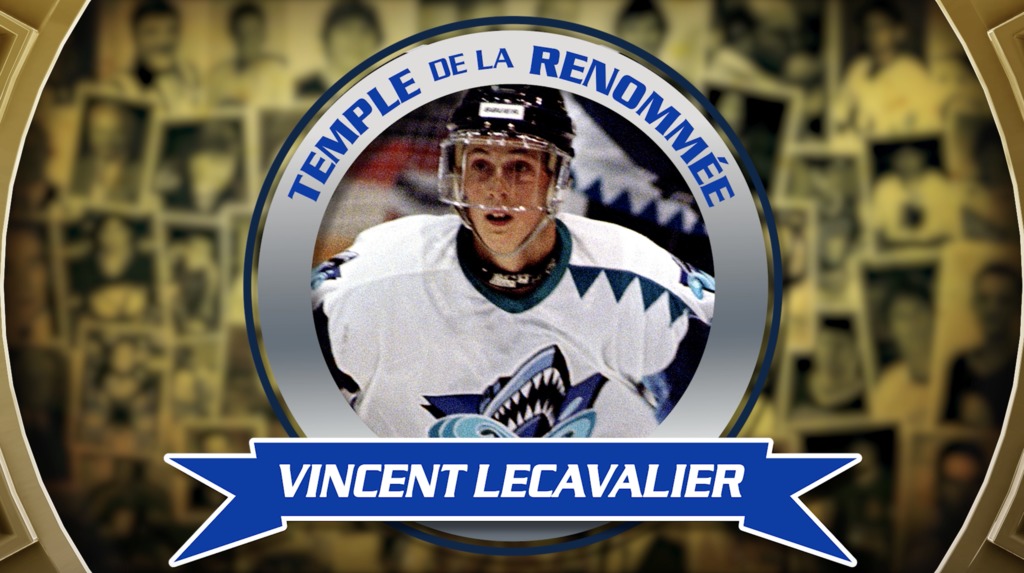 Rare are Quebec-born players who were chosen first overall at the NHL Entry Draft. Vincent Lecavalier is one of those. His short major junior career impressed the Tampa Bay Lightning plenty and they were holders of the top pick in the 1998 NHL Draft. After selecting him, they had him in their lineup immediately. During his time with the Rimouski Oceanic, the Ile Bizard native was sensational in amassing 217 points in 122 games and had nothing else to prove at the junior level.

The young centreman became a hometown in no time in Rimouski. In his first season with the Oceanic, he notched 42 and added 60 assists in only 64 games on his way to being named the top rookie in the Canadian Hockey League.

“I was very fortunate to be well surrounded. I had Gaston Therrien as my head coach with the Oceanic. He was demanding, I loved that. He knew how to motivate me. He pushed me hard and put me alongside good veterans who really helped me,” recalls Lecavalier.

Following a second 100-plus point campaign, Lecavalier was on a mission. He then posted 41 points in 18 playoff games as he led the Oceanic to the President’s Cup Final.

“We faced the Quebec Remparts in the conference final. The rivalry between us was heated and the mood was intense throughout the series. To me that was a better memory than the league final itself,” recalled Lecavalier with a smile.

The President’s Cup would ultimately slip through fingers, however, as the Val-d’Or Foreurs came out on top and earned a trip to the Memorial Cup.

“They had a great team. With Jean-Pierre Dumont and Roberto Luongo leading the way they were really strong. They had good veterans and fully deserved to win.

Along with Stephane Quintal, Marc Denis, Danny Groulx and Eric Taylor, Lecavalier will be inducted into the Quebec Major Junior Hockey League Hall of Fame on Wednesday night.

“It’s a tremendous honour. A few of my close friends including Jose Theodore and Brad Richards were honoured last year.”

“It was a very special and emotional moment. I played 14 years with the Lightning and they put together a very nice ceremony for me.  My family and friends were there. And now under two months later, the QMJHL has a place for me in their Hall of Fame. It is something that really makes me proud.”

Some buzz on Alexis Lafreniere

Vincent Lecavalier still resides in Tampa Bay today which is almost 3,000 km from Rimouski. But even though he’s that far away, he’s heard of a young Quebecer who is following in his footsteps and making his own mark on the Oceanic organization.

“I haven’t had the chance to see Alexis Lafreniere for myself, Rimouski is a little far for me (laughs), but I’ve heard a lot of good things about him. He has a lot of talent and I hear he’s very determined. Everyone I’ve spoken to seems convinced he has a bright future ahead of him and begun in a great place. For me, Rimouski will have a special place in my heart. I met some great people there as a 16-year-old and even played in front of over 5,000 fans on some nights which was really impressive. I only have fond memories of the region.”