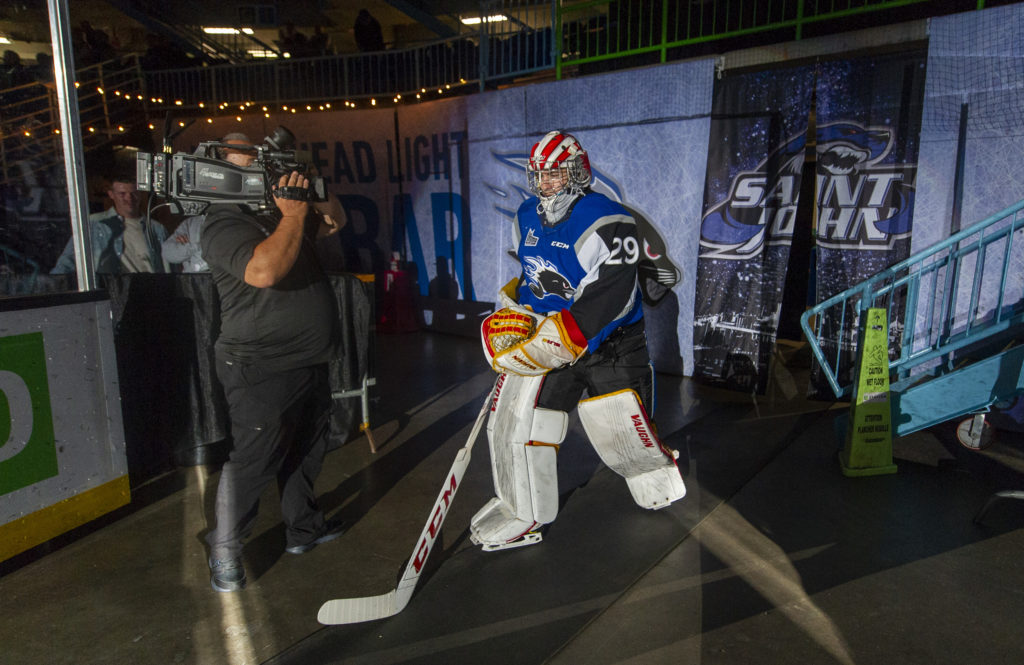 No member of this year’s Sea Dogs team has been as challenged out of the gate quite like netminder Ventsislav Shingarov.

With a rebuild underway in the Port City, defensive warts are expected, making the already daunting task of goaltending even more so. And with starter Nikolas Hurtubise battling early season injuries, that weight has fallen on the shoulders of the 19-year-old Bulgarian-Canadian.

Quite an opportunity for someone who stumbled into the sport when his family moved from their home in Dupnica to Montreal.

“It [hockey] was an accident, how it came to be. My parents were looking to put me in sports and it came about because hockey [was] searching for kids. But we don’t know what was going on, this was the first time we’d seen ice in our life,” said Shingarov. 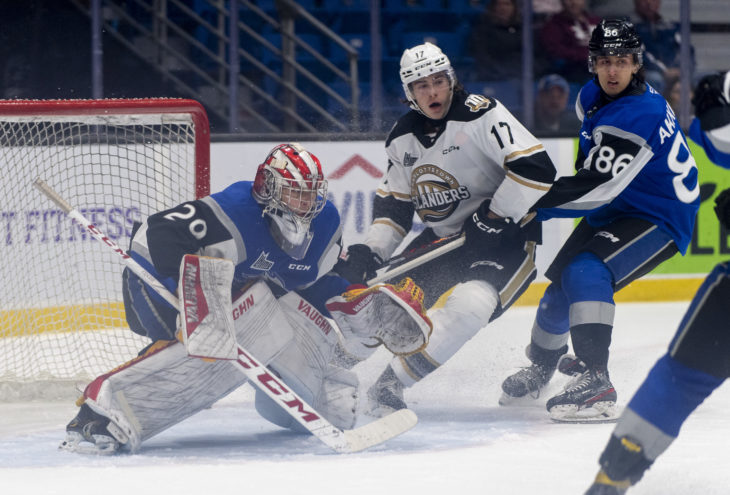 First getting a taste of major junior hockey with the Baie-Comeau Drakkar, appearing in six games over the 2019-20 and 2020-21 seasons, Shingarov opted to the Montreal-Est Rangers of the Quebec Junior Hockey League for the 2021-22 season, where he posted an 18-10-0 record in 28 games before being signed by the Sea Dogs late last year.

Now in his first true opportunity in the Q, Shingarov is more than willing to tackle the games placed in front of him.

“It’s been hard [this year] with a young team like this. I think my first three games were amazing for the goalie that I was at that time, and then came a rough patch against the bigger teams, but that’s where I’m finding myself.”

While the results are a work in progress, Shingarov says he has picked up confidence in his game through specific individual moments, most notably a 6-1 win over the Acadie-Bathurst Titan where he was named the game’s first star, stopping 33 of 34 shots.

“I think Bathurst was the game-changer for me, when I got my first star. From there I’ve just been taking step after step and I’m liking where I’m going.”

On tougher nights, Shingarov says his goaltending coaches keep him in a focused, positive attitude on his development.

“I thank Brian [Fleming] and Cricks [Travis Crickard] for just getting me through it. We’re being aggressive on the points that we want to work on and what we want to keep doing, and it works.”

While Shingarov’s approach is chock full of patience, there is an urgent desire to adapt quickly to this next level of hockey and a clear goal in mind; to be the Sea Dogs’ future in net.

“I want to be more dependable, so every single game I have to adapt, change and evolve, so that I can become the goalie that I know that I am and to reach the potential I have.” 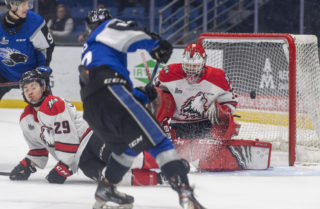