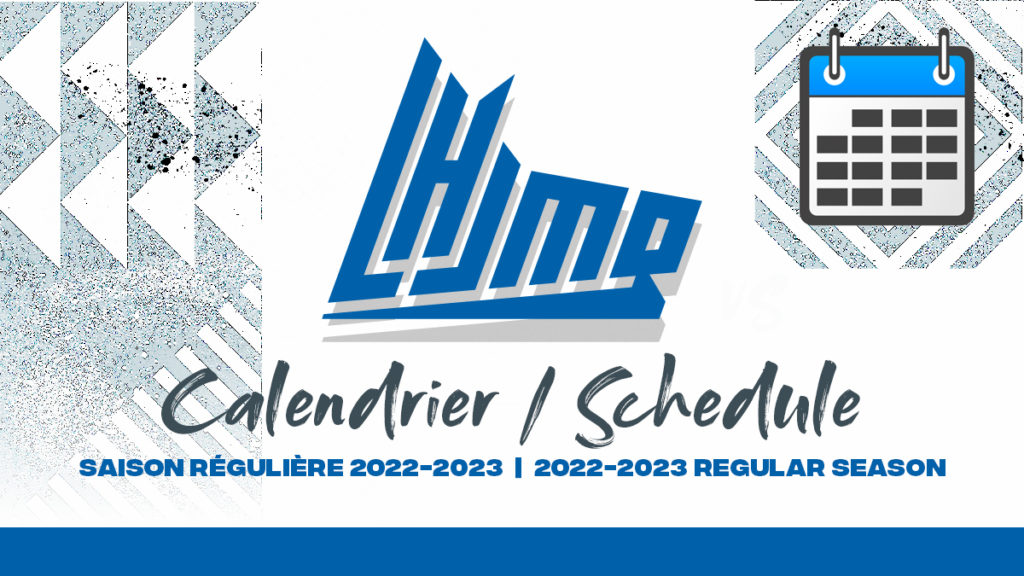 The Quebec Major Junior Hockey League today released the 2022-23 regular season schedule. The 613-game campaign will kick off on September 22, 2022 as the President Cup Champion Shawinigan Cataractes will host the Gatineau Olympiques at Centre Gervais Auto.

Including the Holidays, teams will play 88% of their games between Thursdays and Sundays, including more than half of the games that will be played on Fridays and Saturdays.

Families are in for some great entertainment opportunities during the next Holiday break, with 26 games on the schedule between Christmas and New Year’s. Games are also scheduled on Thanksgiving and Family Day (Atlantic provinces).

Finally, the Gatineau Olympiques will play two interleague games against the OHL’s Ottawa 67’s, on February 9 and 11.