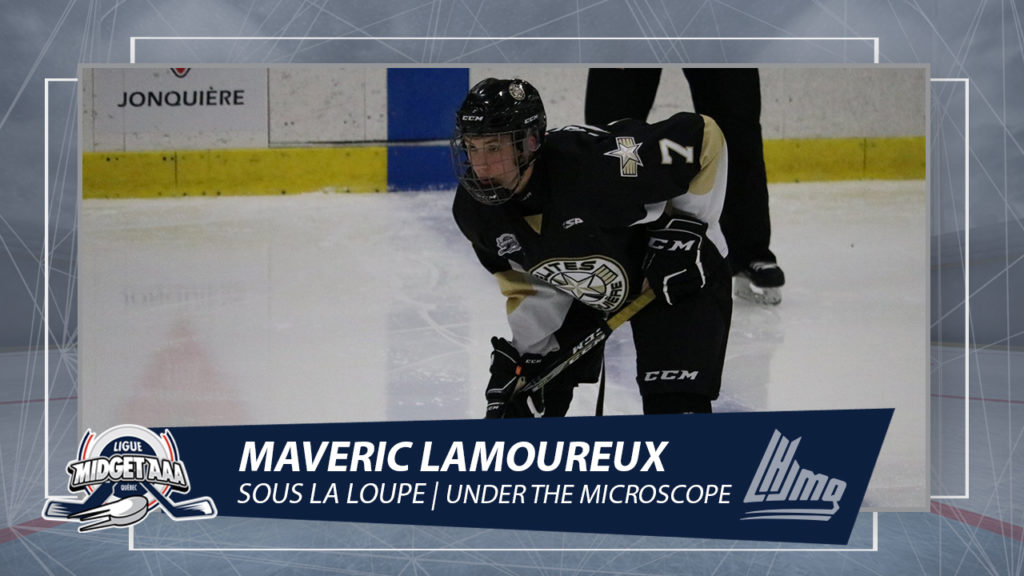 In an era where offensive defencemen are increasingly talented, at all levels, we have a tendency to forget those who allow these blueliners to express themselves so freely. This is the case of Maveric Lamoureux, the subject of my first player profile of the 2019-2020 season.

I may not have had the chance to watch Lamoureux develop over an extended period of time given that we’re only in October, but I have had plenty of time to see where he’s at now, and what he could become down the line – an extremely efficient defender. He possesses two great strengths to his game which immediately caught my eye; his fluid stride, surprising for a 6’4’’ 15-year-old, and the calm demeanour he has with the puck.

The product of the Bantam AAA Sélects du Nord most recently spent time in the Ontario Eastern Bantam Hockey League (OEBHL), and I strongly believe that he gained an enormous amount of confidence during that season. The young defenceman put up five goals and 16 assists in 26 regular season games, before piling up six more points in eight playoff games.

This year with the Jonquière Élites, a different role awaited, and according to head coach Maxime Desruisseaux, it’s a role he’s already quite comfortable in.

“Our mission is to put each player in a role they will be comfortable in, and Maveric is the kind of defenceman we want on the ice at even strength and on the penalty kill. His strides are very smooth and his intelligence is a big help for us. For the time being, we would like to focus on the defensive side of his game,” mentioned the Élites’ bench boss.

Desruisseaux, who spent the last six seasons as an assistant coach with the Victoriaville Tigres, accepted the offer with the Élites this summer. He seems to be the ideal coach to support the young Lamoureux, one that will not rush him through the stages of his development.

“With Arnaud Dubé, my assistant coach with the Élites, we really want to prioritize team spirit and teamwork this season, so no player will be treated differently from the others. We want to allow each of our players to excel in their own way and in the case of Lamoureux, we really want to put an emphasis on his game as a whole. Offence will come later on this season, it’s not something we’re worried about,” added Desruisseaux.

With NHL comparisons being very popular when analyzing prospects, Marc-Édouard Vlasic is one that immediately comes to mind for Lamoureux, who strongly reminds me of the Remparts’ former #44. Vlasic spent time with Quebec from 2003 to 2006 before leaving for the San Jose Sharks, the team that selected him in the second round of the 2005 NHL Entry Draft.

Is this the kind of path that awaits Lamoureux? It’s way too soon to tell, but I sincerely believe that if he continues to work on the stability aspect of his game, that he could become a highly touted defender in the near future.

While most defencemen seek to become the next Erik Karlsson’s, others like Lamoureux have their sights set on becoming the next Shea Weber or Vlasic of this world.