Under the Microscope | NHL Prospect of October: Alexis Lafrenière 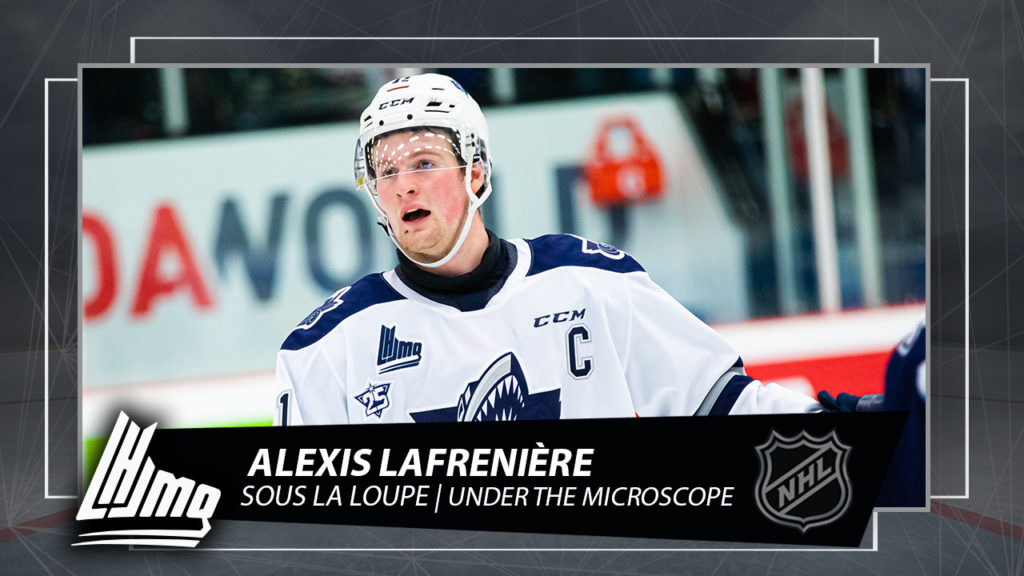 It has been a long time since Quebec hasn’t rejoiced for putting forth the best prospect of an NHL draft class. But the wait is officially over now as Alexis Lafrenière could become the first Quebec-born player to step up to the podium first overall since 2003, the year when Marc-André Fleury was selected with the very first pick by the Pittsburgh Penguins.

Yes, Nico Hischier (2017), Nathan MacKinnon (2013) and Sidney Crosby (2005) were the top of their classes coming out of the QMJHL, but the last Quebecer to earn such a distinction before Fleury was Vincent Lecavalier, who became the Tampa Bay Lightning’s first overall pick in 1998. With that said, it’s a great honour that could be awaiting the Rimouski Océanic captain next June 26 at the Bell Centre.

At the time of writing these lines, the Saint-Eustache, Quebec, prodigy was holding the top spot among QMJHL scorers with 36 points in 15 games. With a point-per-game average of 2.4, Lafrenière is on pace to finish the season with 163 points, a feat that’s simply unheard of in today’s game!

However, due to his probable presence with Team Canada at the upcoming IIHF World Junior Championship, the Océanic’s #11 will likely not pick up quite as many points. I simply wanted to demonstrate just how good he’s been up to this point this season.

While Lafrenière is currently labelled as a left winger, his style of play is more of a hybrid. He could very easily evolve as a centreman and be comfortable with that role. His vision matches the level of his skill, which will be a welcomed bonus for the team that drafts him next June.

One of the things that impresses me the most about Lafrenière is how he remains calm in tight spaces. Always confident, most times he ends up making the right decision, even in high-pressure situations. On the power play, his decision-making is key and his teammates react to his choices in order to make plays.

The chemistry he has with his linemates – Cédric Paré and Dmitry Zavgorodniy – is impressive. When one of them changes axis, Lafrenière quickly takes note of it and is there to feed them the puck with little to no trouble at all. It is a cliché, I know, but the young forward definitely has eyes on the back of his head.

Puck protection doesn’t seem to be an obstacle for the Océanic forward either. He’s confident, and loves to use his size to protect the puck or to battle for it in a one-on-one matchup. More often than not, he comes out as the winner of these puck battles.

Even though we may not consider defence as his cup of tea, it’s one aspect of Lafrenière’s game that will never hinder him. Everything seems so easy for him and he seems already mature enough to move on to the next level. Could defence cause him headaches in the NHL? Honestly, I doubt it. As a matter of fact, the Océanic often uses him on the second wave of its penalty kill and he does a great job. He finds ways to be an offensive menace every time he’s used in those circumstances.

But what I love most about Lafrenière is that despite this being his third season in the league, he’s always the first one on the ice for warmups and the last one to leave it. He’s always hyper involved, super motivated and constantly positive.

We often say that star players need to become good role models for kids and believe me, Alexis Lafrenière will be one for sure!