Under the Microscope | NHL Prospect of January: Oscar Plandowski 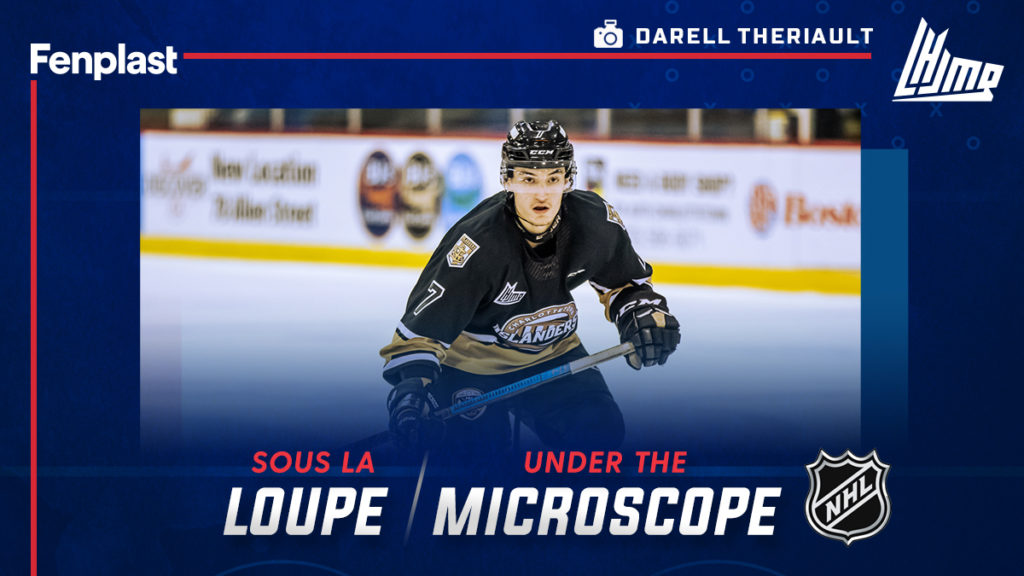 “Plandowski” may not be a household name, but it’s quickly becoming synonymous around Atlantic Canada and the Québec Major Junior Hockey League for producing some of the best skaters in the game.

Darryl Plandowski is a long-time NHL scout who won the 2020 Stanley Cup after helping build the Tampa Bay Lightning squad while his wife, Jill, is one of the best power skating instructors in the region. All three of their sons either played or are currently playing high level hockey.

You see that’s what makes Oscar Plandowski’s trajectory in the game so special. The Charlottetown Islanders sophomore defensive star is well on his way to forging his own path to the National Hockey League.

“I talk to my dad quite a bit about the draft year process,” said the 17-year-old. “I think the most important aspect of it is just taking it day by day.”

Given the extended pause due to the COVID-19, Plandowski and other NHL draft eligible prospects continue to try to make the best out of a very difficult situation knowing that every shift and game matters.

“The way the schedule has worked this year there’s been a lot of practice time and a lot of time between games, so I think taking it day by day is definitely the most important thing I can do. I try to reset every day and pick something to get better at,” said the blueliner.

The Halifax, Nova Scotia product is one of the fastest skating defencemen in the QMJHL. He appeared in 60 games as a rookie last year and, though his 12-point total may not have been as high as some people would have predicted, there’s no question he benefited a great deal from the tutelage of the Islanders coaching staff and playing alongside Vegas Golden Knights prospect Lukas Cormier.

“Jim (Hulton) and Guy (Chouinard) are obviously great coaches. They were great with Lukas and I’m trying to follow that lead. During some tough times last year, Lukas was the one player that helped me out the most”, admitted Plandowski. “He’s such a good player. I love watching him in practices and games. I try to take things from his game and implement them into mine.”

In 14 games this season, the highly touted prospect has one goal and five assists while logging significant minutes in all situations. The skilled two-way defender has a fantastic first pass, thinks the game extremely well and is very elusive when he has the puck on his stick.

At 6’0” and 190 pounds, Plandowski has a great frame, but he’s aware there’s still a lot of work to be done to reach his full potential.

“The extended off-season was a huge help for me. I really worked hard in the gym this summer and I think it will really help me have extra weight in the corners, so I can win more battles”, he said. “I really wanted to work on my shot this summer as well and use it more often in games.” 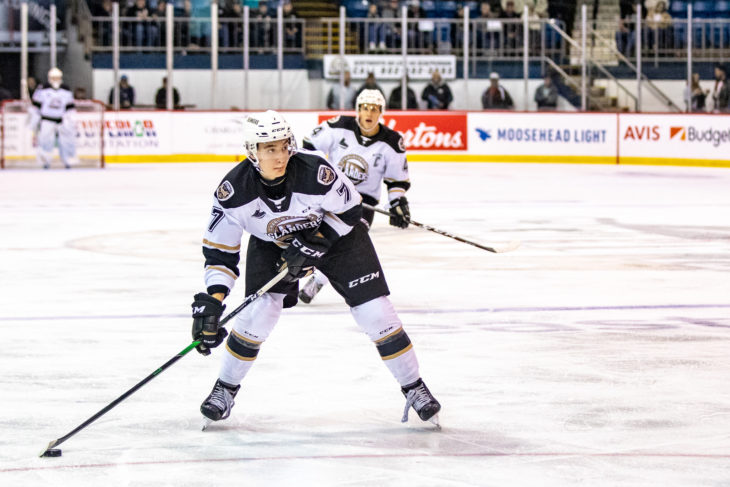 Plandowski understands the attention surrounding projections, comparisons, high expectations and labels entering the season. Many young aspiring players get wrapped up in those uncontrollable aspects of the game especially in their draft year.

“I think as a sixteen-year-old when I came in, there was definitely some extra pressure. You just don’t want to make mistakes”, he remembers. “Adding offence is part of my game and obviously I want to be that two-way defenceman that can jump into the play and create offence. I’m really looking forward to building on that aspect of my game this season and adding more offence when I can.”

“Oscar is hard working player who is a strong skater with good mobility,” said one NHL scout of Plandowski. “He’s a good puck mover who is showing more confidence with the puck this year. He has taken advantage of power-play time and a bigger role”, the scout added.

“Oscar is a smooth skating defenceman with good mobility and edge work”, said another NHL scout. “He defends well by limiting time and space. He’s a good two-way defenceman and contributes offensively.”

“Oscar has been progressing well since his under-age season. He’s not a pure offensive defenceman and I see him more as a defensive type if projecting to the pro ranks,” the scout said.

The Tampa Lightning has undoubtedly been the most watched NHL team in the Plandowski household for a few years now.

“Growing up I always watched Victor Hedman. He’s a great player and I love to watch him play”, admitted the Islanders defenseman. “Victor is 6’7’’ and probably not the best comparable for me, but I think he’s just so smooth and you never see him make a blatant mistake. He’s so smart, so great at jumping into the play. He can be deep in the offensive zone and still be the first guy back!”

Given his last name and with his parents so heavily involved in the game, one would assume there might be some added pressure.

“I don’t think there’s any added pressure at all,” stressed Plandowski. “Mom and dad have been doing what they have been doing for quite some time, it’s nothing new me.”

“Being drafted into the NHL has been a dream of mine for my entire life”, he adds. “Obviously, it’s exciting this being my draft year and I think talking to my parents throughout the process has really helped me a lot.”