Under the Microscope | NHL Prospect of January: Dawson Mercer 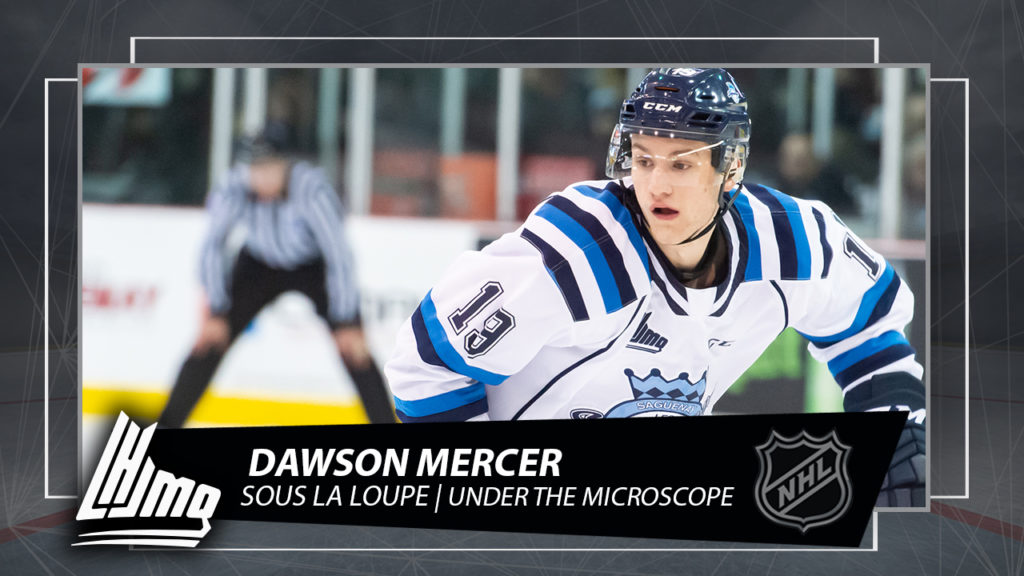 Do you know where Bay Roberts, Newfoundland is?

Don’t worry, Dawson Mercer is putting his hometown on the map.

Mercer is the Rock’s next top NHL prospect and is soaring up draft boards as we speak. The quiet well-spoken kid from a small town in Newfoundland has quickly established himself as an elite player in the QMJHL.

Mercer is trying to embrace the journey while coping with all the attention, pressure and stress that comes with his NHL Draft year.

From the Drummondville Voltigeurs to the Chicoutimi Sagueneens, the offensive star continues to take great pride in his subtle beginnings in the game.

It’s evident that those early experiences in the game in his hometown have shaped the player and person he has become. Mercer’s introduction to the game may have been similar to many other young Newfoundlander’s, and Atlantic Canadians for that matter, with one exception – his unique hockey mentors.

“Uncle Bennett, or Uncle Bo as we call him, and my dad were the two main people in my life that really focused on my hockey,” Mercer said proudly. “Away from the rink, and obviously on the ice, they were very influential. They always put in the extra time with me.”

“My Uncle has his company “Br8k Away Hockey” and that’s what really kept us on the ice a lot over the season with less practices and games in Newfoundland,” explained Mercer. “He kept us in the swing of things, which I feel really helped. And obviously my dad put in the extra time to work with him, helping coach and covering the little things at home.”

From the moment Dawson Mercer laced up the skates it was clear that he truly loved every aspect the game had to offer. Passion for the game of hockey runs deep in the Mercer family. Hockey may have been a way of life, but it wasn’t all consuming.

“We focused on not doing it too much, making sure I played extra sports growing up,” stressed the forward.

We need more Dawson Mercer type stories in the game today, especially with the current mindset of specialization and perceived notion that it helps get aspiring players to the next level.

“I grew up swimming, playing soccer and ball hockey in the summer,” he remembers. “I was that kid that hung up the skates for real and played other sports.”

Mercer is a special player with an elite level of skill and scoring ability. He’s a highly effective and elusive forward that was born to play in today’s era, born to play professional hockey. But let’s get one thing straight; becoming a special player doesn’t mean specialization in hockey alone. Special player, special person. Mercer’s journey in the game can teach every upcoming young player with NHL dreams a lesson.

The newest member of the Sagueneens will no doubt have a dominant second half on a very deep and talented offensive team. But how is he balancing the pressure of his NHL Draft year and all the attention that comes with being a star in the QMJHL?

“I still call my parents and say that I have an interview with an NHL team. And it’s as exciting as anything.  But it’s becoming more normal for me now,” admitted Mercer during a CIBC Canada Russia Series media scrum.

“It’s been a part of my life to have these interviews coming, so I don’t really take too much pressure with them. I try to go day by day, week by week and month by month, so it really helps not taking the pressure with me.”

At that point of the year, Mercer had met with more than ten NHL teams. There’s no doubt that he’s probably met with more after making Canada’s National Junior Team and winning gold at the 2020 World Juniors.

From a scouting perspective Mercer continues to impress.

“Dawson has deceptive speed. He has an ability to escape pressure,” said one NHL scout.

“He possesses a high compete level and always battles for pucks. Dawson is a good character who has a will to win.”

Another NHL scout had this to say about the scoring forward.

“Dawson has put up good numbers since coming in at sixteen with equal consistency. He has shown his versatility, being able to play center and wing, and he’s also responsible defensively. He could easily go in the first two rounds [of the NHL Draft].”

“Dawson has a scoring touch, but is also a very good playmaker. He combines skill, hard work, smarts and can play both positions.”

“Dawson is a hard-working complete player who has good details in his game. He competes for time and space and is an articulate player with good to very good skills. He’s 200-foot guy who can play in all situations. He’s a Jonathan Toews or Patrice Bergeron type of player.”

If his career ends up anywhere close to those of Bergeron or Toews, it’ll be safe to say that Mercer will have officially put the town of Bay Roberts on the map! 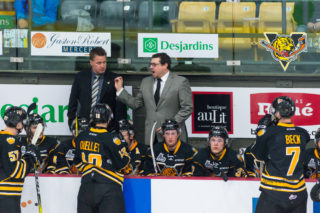 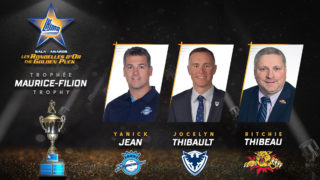 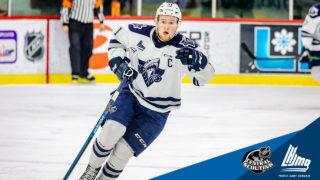 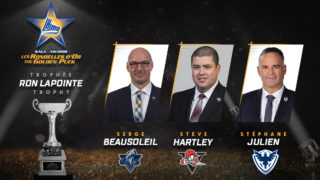