Under the Microscope | NHL Prospect of February: Zachary Dean 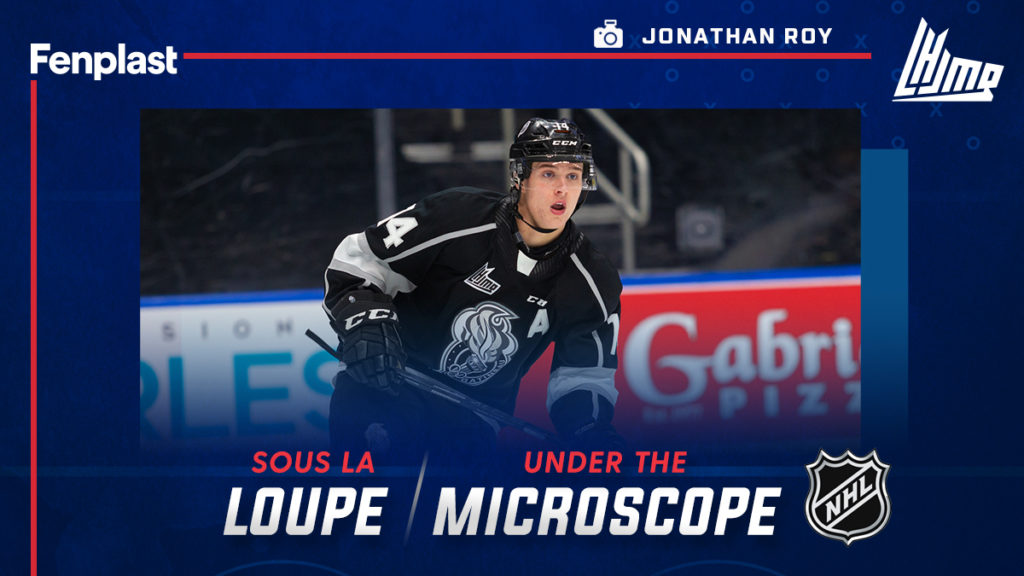 Like ice pellets pounding down on a Signal Hill visitor, the reality of life as a promising hockey player from Newfoundland and Labrador is harsh. Inevitably, to ply one’s trade at a higher level, a move to the mainland is non-negotiable.

For Zachary Dean, that meant packing his bags and heading to Toronto as a 15-year-old.

“There’s a lot of players coming up in Newfoundland that could potentially be in a similar situation moving forward,” Dean mentioned. “The province has produced a lot of good players, but once you get to a certain point in your career you kind of have to leave home.”

“The competition and overall level just isn’t the same (back home). To get that exposure and development as a player, you get that by moving away. I know personally leaving at 15 was difficult, but it was the right choice.”

While the decision was a tough one, Dean truly believes that the experience he acquired playing the 2018-19 season with the GTHL’s Toronto Nationals has paid dividends. His lone season with the Nats was capped off when he was selected fourth overall by the Gatineau Olympiques in the 2019 QMJHL Entry Draft.

“The (QMJHL) Draft was a really cool experience. That was the next step in my career, moving to another new place,” said a reflective Dean. “It was really exciting for me knowing that I was going to play against a lot of older guys at the time. It was something I was actually a bit nervous about; I really didn’t know what to expect about how fast the game would be and things like that.”

It was evident those nerves never surfaced at the drop of the puck. In 57 games as a rookie, Dean scored 18 goals and added 28 assists for the rebuilding Olympiques, earning him a spot on the QMJHL’s Rookie All-Star Team along the way.

“I got more comfortable, especially in the second half. I think I adjusted really well. Over the last year, and coming into this year, I have really matured as a person,” explains the forward who turned 18 in early January. “I think knowing exactly what it takes to be a leader and a top player in this league and moving forward is really big for me and my maturity.”

Dean’s speed, creativity and will to compete have made him a constant threat in the QMJHL. The sophomore star possesses elite-level puck skills and doesn’t shy away from the dirty areas of the ice to create offence. Still, Zachary Dean has continued to improve and has become one of the league’s best two-way players.

The Olympiques have only played 18 games so far this season due to the COVID-19 pandemic and the proud Newfoundlander has only appeared in 13 of them, picking up three goals and four assists.

“It’s been a bit of weird year,” admitted Dean. “I’ve tried to stay focused and, when we get the chance to play, to play the way I know how to and prove to everyone what I can do.”

Dean is on a mission and is trying to make it a three-peat feat for Newfoundland. The highly touted forward is aiming to join Dawson Mercer (Bay Roberts, NL/Chicoutimi, QMJHL) and Alex Newhook (St. John’s, NL/Boston College, NCAA) in becoming the province’s third player selected in the first round of the NHL Draft in as many years.

The sophomore forward, who is currently being projected as a B-rated prospect on the NHL Central Scouting January’s Players to Watch list, has turned to his provincial counter parts for some advice.

“Over the years I have spoken to Alex and Dawson about their experiences coming up,” explained Dean, who played his minor hockey in the Mount Pearl Hockey Association.

“I definitely think those conversations helped me. It’s really good getting advice from those guys, especially with everything they have been through and hopefully that I will be going through as well. It would be an amazing experience to be drafted in the first round and kind of follow Alex and Dawson.”

On a personal level, Dean sees the NHL Entry Draft as another one of the many steps needed in the process of reaching his dream. While it is an important milestone, much work will be required afterwards.

“The draft is another step in your life. It will be a memory that you can’t possibly forget because it’s something that will be really special,” he says. “But your game can always get better in every area. Going to the gym and rink, and working hard in all areas, is something that every player must do. I know personally there are still some areas of my game that I need to work on to get to that next level.”

NHL draft pressure can be debilitating for some players not able to handle the scrutiny, pressure and constant attention. But that hasn’t been the case for Dean. The unwavering support he has gotten from his parents, trainer and skills coach has been a difference maker for the young forward.

The six-foot and 176-pound forward is also quick to credit new Olympiques Head Coach and GM, Louis Robitaille, for helping him during his draft year.

“Louis and I have a really strong relationship. We have only known each other for about eight months now, but we have been close since his arrival in the organization. He trusts me a lot and knows what kind of player and leader I can be,” adds the Olympiques assistant captain.

Despite the uncertainty surrounding the remainder of the QMJHL season and the NHL Draft itself, reality is quickly starting to sink in for Dean. The Newfoundlander has already met with a plethora of NHL teams in preparation for the draft.

“It’s been an eye-opener. It makes you think that your NHL draft year is really here. Talking with NHL teams is really cool,” he admitted. “It’s not the same given the circumstances with COVID obviously. But when you get calls and texts from NHL teams, it gets really exciting knowing that it’s kind of the next step and progression in your life. I really can’t wait!”

For a kid who has traveled to three different provinces to play hockey already, his next move will undoubtedly be the most important one of his life.