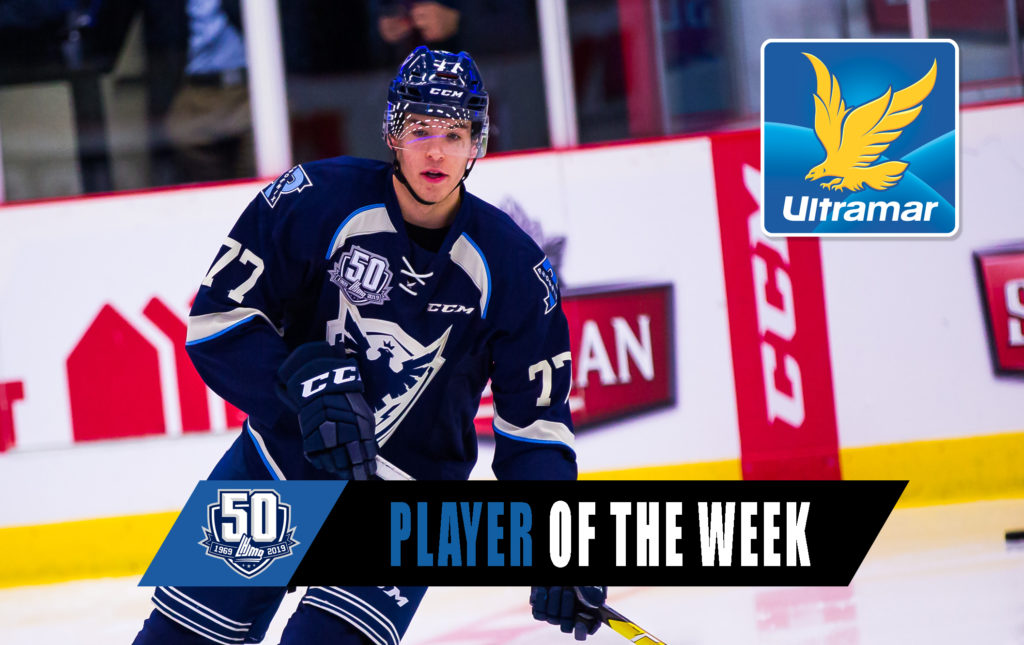 The final Ultramar Player of the Week for 2018 is Sherbrooke Phoenix defenseman, Yann-Félix Lapointe. In a pair of games, the 19-year-old from Granby, Quebec scored twice and added a pair of assists as the Phoenix won both of their contests, part of a 7-3 run over its past ten games.

On Friday night in Quebec, Lapointe recorded his first career three-point game, scoring once and adding a pair of assists in Sherbrooke’s 7-6 overtime triumph over the Remparts. Lapointe’s third point of the contest came on the game-tying goal with just under a minute and a half remaining as the Phoenix rallied from a 6-3 second-period deficit to earn the victory. For his efforts, the third-year veteran was named the game’s third star.

On Sunday afternoon at home, Lapointe scored what would prove to be the game-winning tally early in the first period as the Phoenix went on to defeat the Victoriaville Tigres 3-0. For Lapointe, who was also a +2 on the afternoon, the goal represented the first game-winner of his QMJHL career. Once again, he was named the third star of the match.

Originally selected by the Phoenix in the 11thround of the 2016 QMJHL Draft, Lapointe has gone on to suit up for 138 games with Sherbrooke entering the new year. He has already set new single-season benchmarks for goals (6) and points (17) in 2018-19.