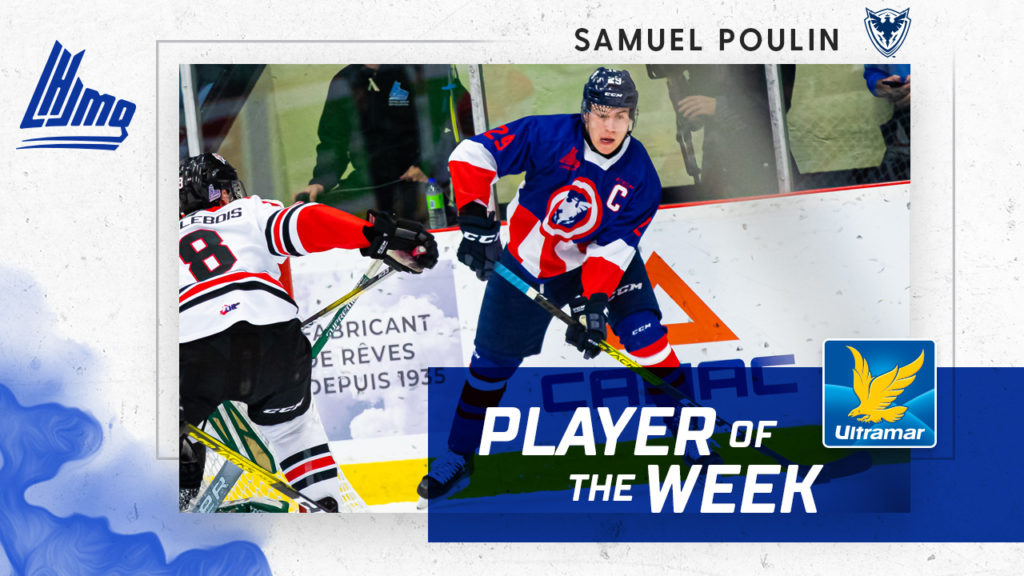 For the second consecutive week, Sherbrooke Phoenix winger Samuel Poulin has earned Ultramar Player of the Week honors. In three games, the 18-year-old from Blainville, Quebec scored five goals and added six assists as the Phoenix went 2-1 on the week.

On Tuesday night at home, the Phoenix captain picked up right where he left off the week before, firing home a hat trick to go with two assists in his club’s 6-4 victory over the Voltigeurs. For Poulin, who was named the game’s first star, it was his second five-point outing in as many weeks. It was also the third consecutive game in which he tallied the game-winning goal.

On Friday night in Baie-Comeau, the third-year veteran would be named the contest’s first star once again as he opened the scoring and later tacked on a pair of helpers in Sherbrooke’s 7-4 triumph over the Drakkar. This outburst, Poulin’s fourth consecutive multi-point effort, gave him an impressive 22 points in 10 games during the month of January.

On Saturday afternoon in Chicoutimi, the Phoenix would see their latest win streak halted at six games following an 8-6 defeat at the hands of the Sagueneens. Despite the setback, Poulin skated away with another three-point contest – a goal and two assists – to his credit.

Poulin currently sits in third place on the Phoenix with 62 points in 36 games. He has registered multiple points in 17 of those contests. A first-round selection, 21st overall, of the Pittsburgh Penguins at the 2019 NHL Entry Draft, Poulin becomes the first person this year to be awarded top player accolades in back-to-back weeks.