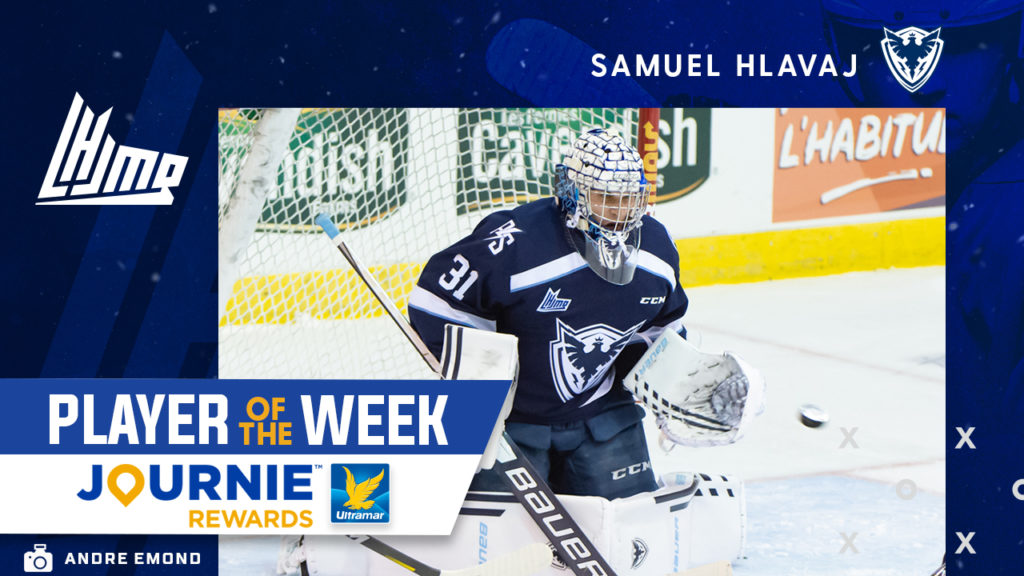 The first Ultramar Player of the Week for 2021 is Sherbrooke Phoenix goaltender Samuel Hlavaj. In a pair of games, the 19-year-old from Martin, Slovakia went 1-0-0-1 with a 0.96 GAA and a save percentage of .966% as the Phoenix earned their first points of the season following an extensive hiatus.

On Friday night in the protected environment, Hlavaj made his season debut for the Phoenix against the host Chicoutimi Saguenéens. His 30-save effort in regulation and overtime forced the game into a shootout. Though the Sags would capture the win by a score of 3-2, Hlavaj would be named the game’s third star.

On Saturday afternoon, the second year netminder would once again show the same outstanding form he brought to his club last year. His 26-save outing, which delivered the Phoenix a 2-0 triumph over the Baie-Comeau Drakkar, was his fourth career QMJHL shutout. This time, Hlavaj would be named the second star of the contest.

Hlavaj returns to Sherbrooke after representing Slovakia at the 2021 IIHF World Junior Championship in Edmonton, Alberta. He’ll be looking to build off a stellar first campaign that saw him earn placement on both the Rookie and Second All-Star Teams, lead the league in GAA and earn the Raymond-Lagacé Trophy as Defensive Rookie of the Year.