Mooseheads ultramar player of the week
by
LHJMQ/QMJHL 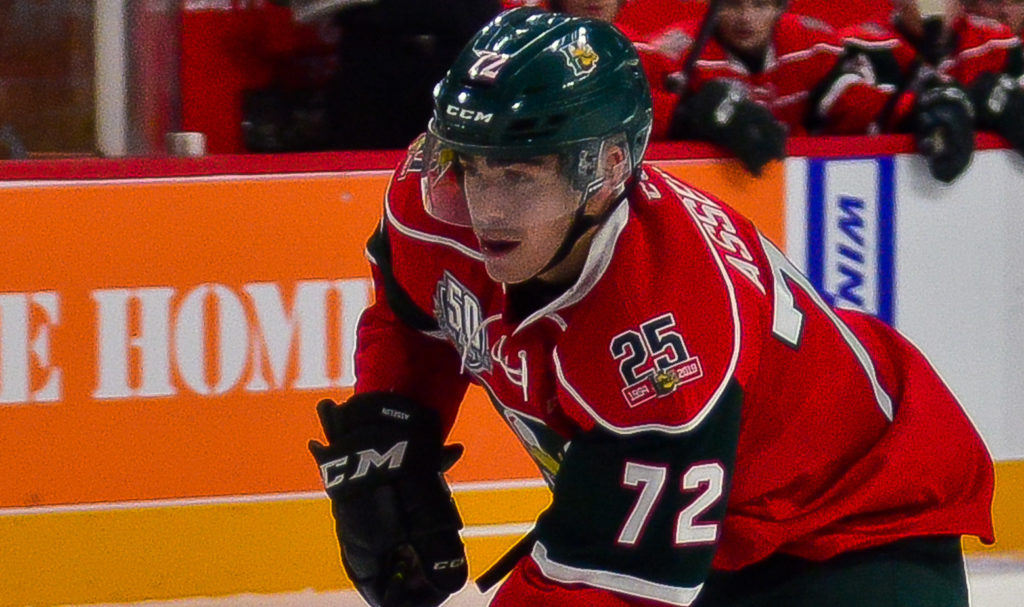 The latest Ultramar Player of the Week is Halifax Mooseheads’ center Samuel Asselin. In three games, the 20-year-old from L’Assomption, Quebec scored four goals and added three assists, helping the Mooseheads to a perfect 3-0 record.

On Wednesday night in Bathurst, Asselin closed out the scoring against his former team, netting his 12th goal of the year just under eight minutes into the third period to cap off an 8-2 Mooseheads’ victory over the Acadie-Bathurst Titan. Asselin was also a +2 on the night.

On Friday night at home, the four-year veteran scored a pivotal goal with less than thirty seconds remaining in the first period in a 5-2 triumph over the Cape Breton Screaming Eagles. Asselin, who also went 8 for 16 in the faceoff dot, was named the game’s second star.

The Mooseheads’ assistant captain would save his best for last. At home against the Titan on Saturday night, Asselin celebrated his 200th career regular season game in the QMJHL by posting a career high five points as the Mooseheads’ posted a 9-0 triumph over Acadie-Bathurst. In addition to his two goals and three assists, Asselin was a +3 on the night, won 11 of 19 faceoffs and was named the game’s first star.

Asselin, who was acquired by Halifax from the Titan in September, currently sits in a three-way tie for second in the league with 15 goals scored, leads the circuit with eight powerplay tallies and finds himself tied for top spot in the QMJHL with four game-winning markers. A Memorial Cup Champion with the Titan last May, Asselin was an invite to Columbus Blue Jackets training camp earlier this season.