player of the week huskies
by
LHJMQ/QMJHL 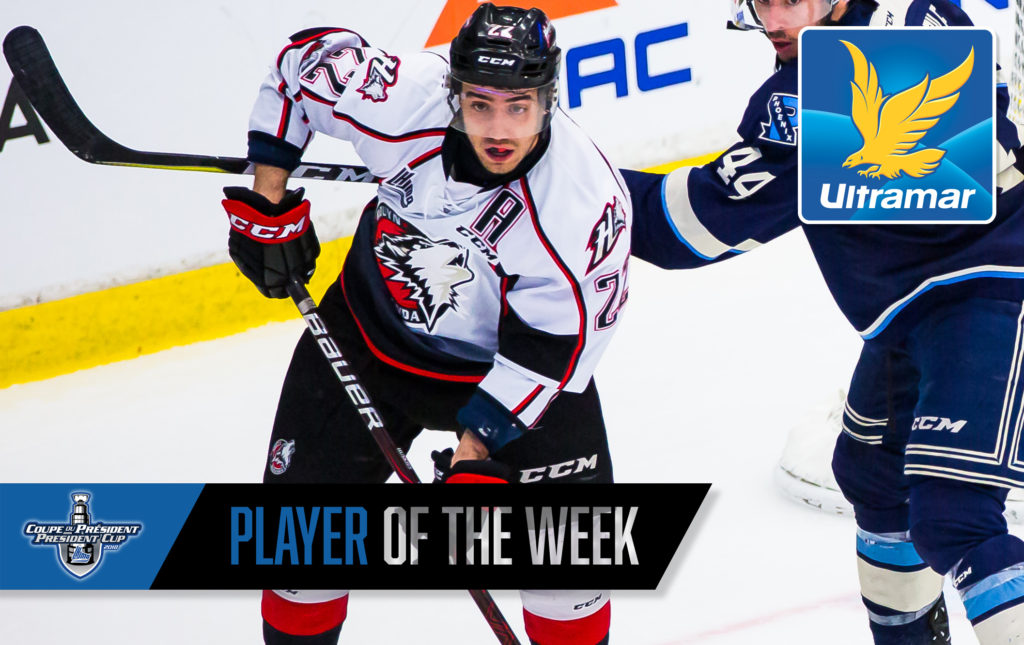 Boucherville, Que. – The Ultramar Player of the Week is Peter Abbandonato (Huskies | Rouyn-Noranda) who had nine points throughout his four games last week.

After accumulating no points in the first two games of the series against the Sherbrooke Phoenix, Abbandonato stepped up in game three and delivered a three-point performance consisting of two goals and an assist.

The next day, he followed up by collecting an assist as the Huskies lost the game 4-2, returning home with the series tied at 2-2.

In a 4-1 win on home ice in game 5, the 20-year-old forward kept his streak alive by scoring a goal and collecting an assist. With the Huskies looking to eliminate the Phoenix in their next outing, they took a 4-3 loss, but Abbandonato had a assist on every one of his team’s goals!

Abbandonato was most productive on the road up to this point, as seven of his nine points were in away games. Also, with four goals and five assists, he has shown that his offensive power could very well be a decisive factor in the Huskies’ fate and that the Phoenix can’t take him lightly in the last game of the series.

He currently has nine points in his 2018 playoff run, which ties him with three other players for second in the league in that category.

Beaudin had a five-point week consisting of two goals and three assists. The Voltigeurs won all three of their games, effectively pushing them on to the next round of the playoffs. The 18-year-old defenseman maintained a differential of +6 throughout the week and was not on the ice for any of his opponent’s goals!

Harvey played four games last week, facing 30 shots or more per game. He won two of those games, including a 36-save shutout. His goals-against-average was 2.00 and his save percentage was 0.946%. He currently holds the lead among goaltenders with the best save percentage in the 2018 playoffs with a 0.948%.