Pierrick Dubé Quebec Remparts player of the week
by
LHJMQ/QMJHL 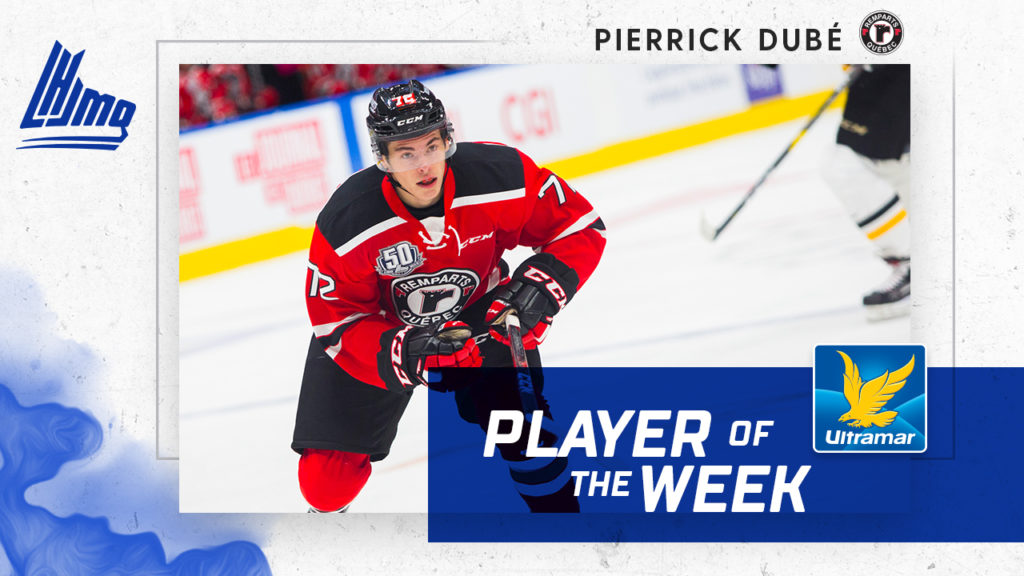 Boucherville, QC – The first Ultramar Player of the Week for the 2019-2020 regular season is Quebec Remparts winger Pierrick Dubé. In two games to start the campaign, the 18-year-old from Sept-Îles, Quebec scored three times and added a pair of assists as the Remparts notched a pair of come-from-behind victories.

On Friday night in Victoriaville, Dubé got to work early. Just 24 seconds into the Remparts’ season, he already had his first point, one of two assists he would register on the night in Quebec’s 5-4 shootout win over the Tigres.

On Sunday afternoon in Drummondville, the third-year veteran went from setup man to finisher by recording his second career hat trick in the Remparts 6-4 triumph over the Voltigeurs. For his efforts, Dubé would be named the third star of the contest.

Dubé was originally selected by the Remparts in the first round, 18th overall, at the 2017 QMJHL Draft. One of the more seasoned veterans on a very youthful Quebec squad, Dubé is coming off a 17-goal, 28-point campaign in 2018-19 that also saw him tally four game winners.