Nikolas Hurtubise Victoriaville Tigres player of the week
by
LHJMQ/QMJHL 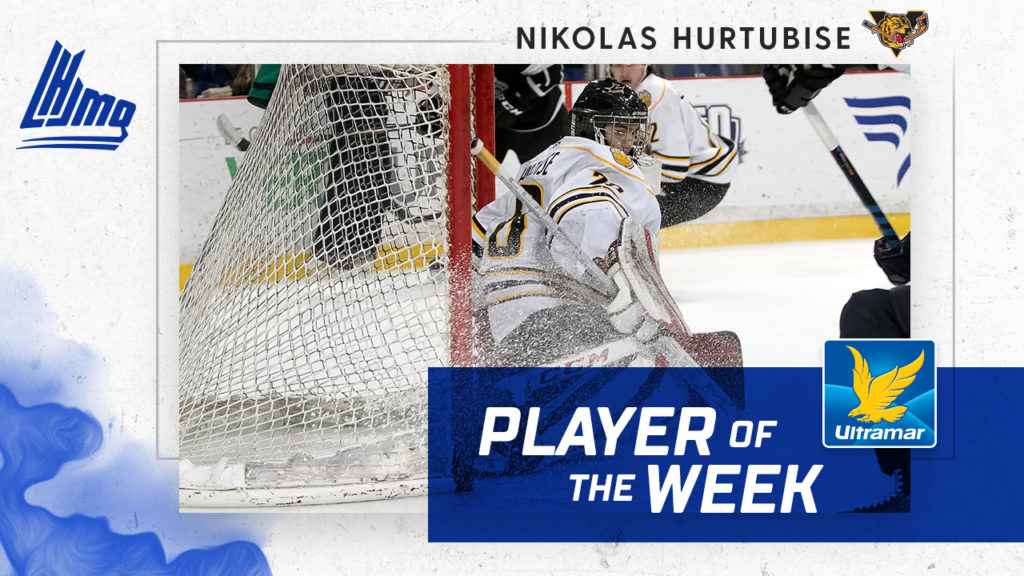 This week’s Ultramar Player of the Week is Victoriaville Tigres goaltender Nikolas Hurtubise. In a pair of starts, the 17-year-old from Mirabel, Quebec went a perfect 2-0 with a 0.50 GAA, .985% save percentage and one shutout while the Tigres earned four valuable points in the standings.

On Thursday night in Val-d’Or, Hurtubise made his first appearance of the season. He made his time between the pipes count, turning aside 34 shots in the Tigres 5-1 triumph over the Foreurs. This included 16 saves in the third period alone.

Then, on Saturday night at home, Hurtubise outdid his performance from the past game, making 30 saves in a 2-0 victory over the Quebec Remparts. In addition to earning his first career QMJHL shutout, Hurtubise was also named the game’s first star.

A fourth-round selection of the Tigres at the 2018 QMJHL Draft, Hurtubise appeared in a pair of contests for the club in 2018-19, going 1-1. Prior to his call-up by the Tigres last week, he was the starting netminder of a Princeville Titan squad that currently sits in third place of the Quebec Junior AAA Hockey League’s overall standings.