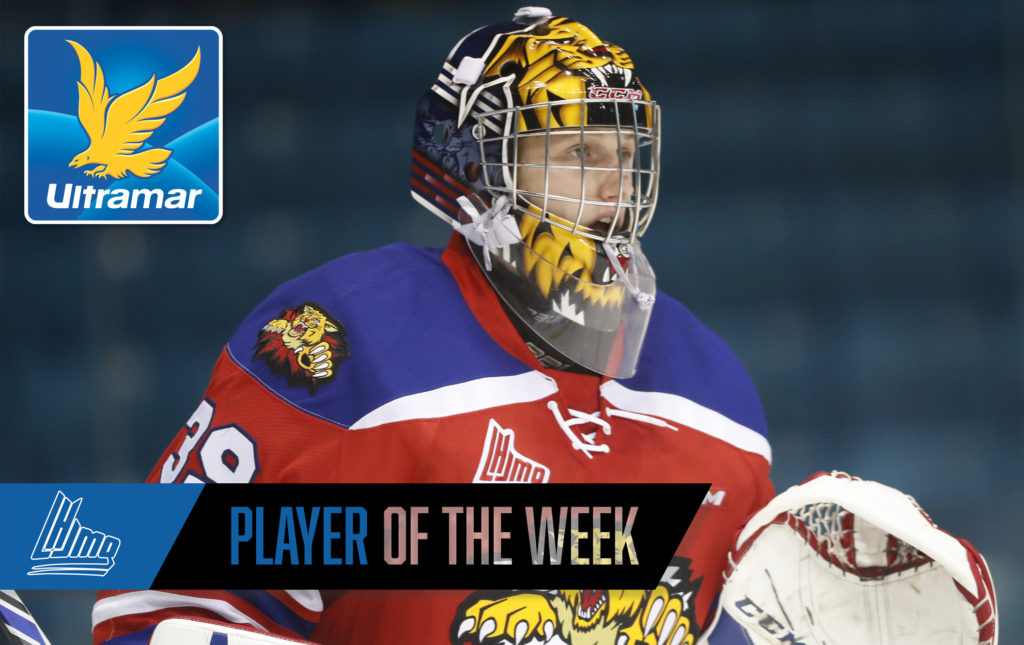 Boucherville, Que. – It is none other than goaltender Mark Grametbauer (Wildcats | Moncton) who has won the Ultramar Player of the Week honors at the end of the QMJHL’s fourth week of action. The Wildcats’ masked man was undefeated in his three outings, therefore helping his team to the top spot of the league standings.

Following his trio of victories, Gramtebauer now possesses an impressive record of seven wins along with a single loss this season. The netminder finished off the last week with a goals against average of 2.33 and a save percentage of .933, all while facing an average of 35 shots per game.

Last Wednesday, he was selected as the first star of the game after his 40-save outing led his team to a 3-2 win over the Halifax Mooseheads. On Saturday, he earned the same outcome after making 26 saves on shots from the Saint John Sea Dogs.

On the very next day, Grametbauer suited up for a second straight game against the Sea Dogs as part of the QMJHL Rivalries weekend, and once again delivered by stopping 32 pucks to lead his Moncton squad to a 4-3 overtime win.

On top of earning only a single loss in his eight starts this season, the 19-year-old goaltender now possesses a 2.65 goals against average and a career best .921 save percentage.

Other players considered for the Ultramar Player of the Week honor were Maxime Fortier (Mooseheads | Halifax) and Olivier Galipeau (Saguenéens | Chicoutimi). Fortier made his way up to the second spot among the league’s top scorers thanks to his two goals and five assists last week. As for Galipeau, the defenceman was outstanding with his three goals, including two tallies on the power play, and two assists.