olympiques ultramar player of the week
by
LHJMQ/QMJHL 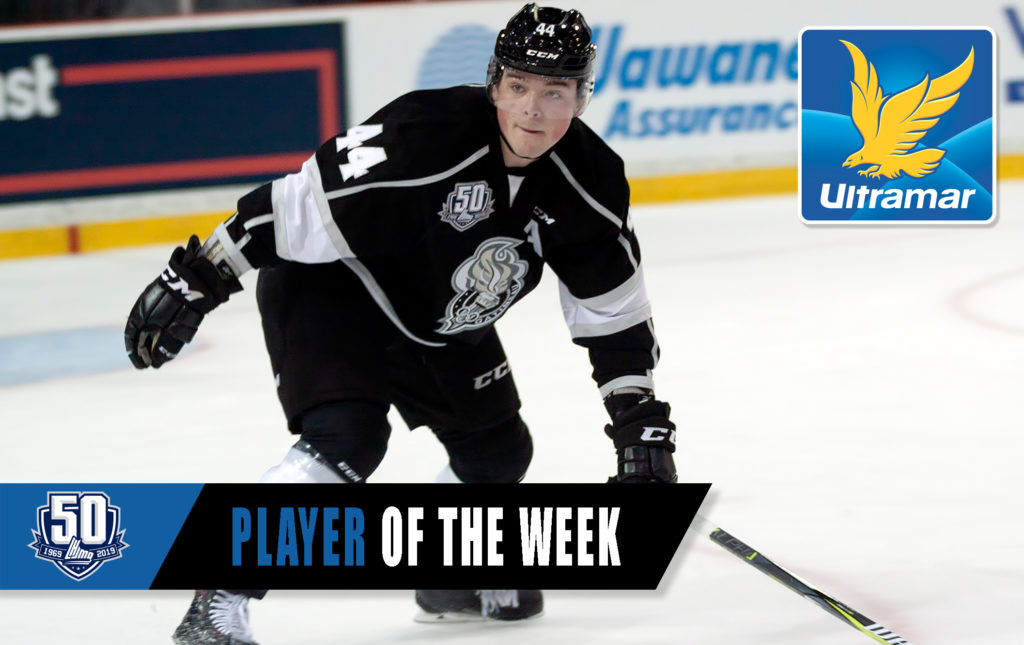 The latest Ultramar Player of the Week is defenceman Gabriel Bilodeau of the Gatineau Olympiques. The 20-year-old from Laval, QC scored once, added four assists and was a +6 overall as his club swept a three-game road trip through the Maritimes.

On Wednesday night in Bathurst, Bilodeau chipped in with three assists and was named the game’s third star in Gatineau’s 4-1 victory over the Acadie-Bathurst Titan. In addition, the fifth year blueliner was a +3 on the evening.

After a 2-1 overtime win for the Olympiques over the Sea Dogs in Saint John on Thursday night, Bilodeau once again found the scoresheet on Saturday, against the Cape Breton Screaming Eagles.

After scoring his first goal of the season midway through the second period, he assisted on the eventual game-winning goal by Maxim Trépanier with just over four minutes remaining in the third. Bilodeau, who was also an impressive +3 in an offensive slugfest, earned the game’s second star in a 7-4 Gatineau triumph over Cape Breton.

A veteran of 216 QMJHL regular season games entering this campaign, Bilodeau, a first round selection in the 2014 QMJHL Draft, currently sits tied for first among defencemen in scoring with nine points in seven games. He also sits tied for fifth in the league with a plus/minus rating of +9.