Armada ultramar player of the week
by
LHJMQ/QMJHL 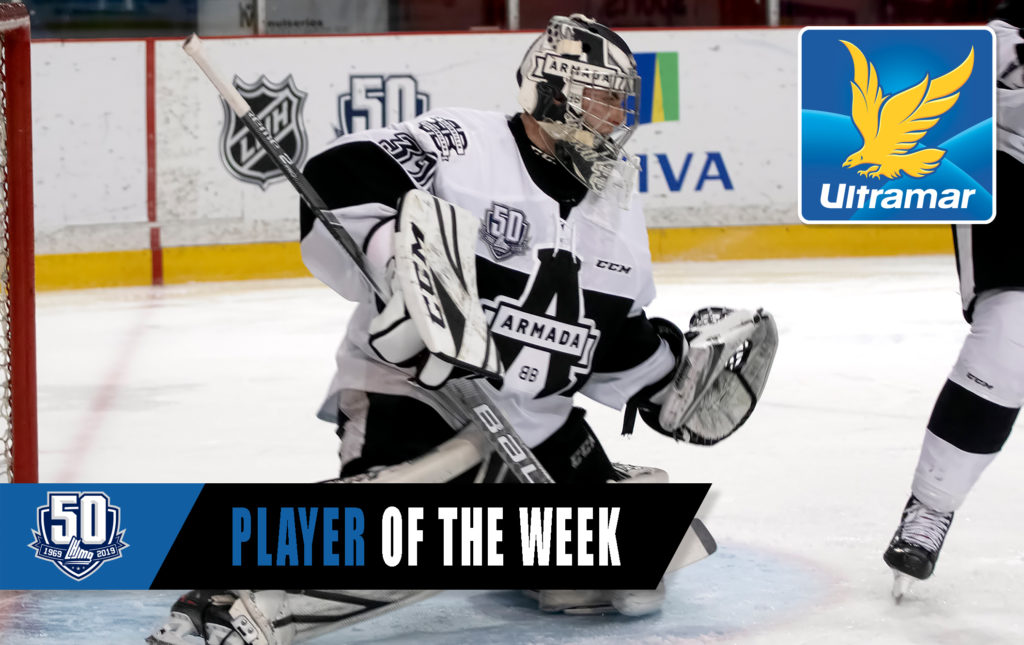 For the second time in a row, the Ultramar Player of the Week resides between the pipes as Blainville-Boisbriand Armada’s Émile Samson has earned the latest honor. Samson, a 19-year-old from Lévis, Quebec, went 2-0 on the week with a 0.50 GAA, one shutout and a save percentage of .984%.

On Friday night at home, Samson was flawless, stopping all 32 shots he faced in a 4-0 Armada victory over the Val d’Or Foreurs. For the second year QMJHL netminder, it was his third career shutout. Samson was named the third star of the contest.

The following night, once again at home, Samson stopped 29 shots, including all 17 he faced in the second period alone, in the Armada’s 4-1 come from behind triumph over the Quebec Remparts. This time, Samson earned the game’s first star. The win left the Armada with 15 points on the season, very much in the thick of an early season race for positioning that sees 13 different teams within ten points of one another.

Samson, who made the Armada as a walk-on last season, has registered 23 regular season wins in the QMJHL following his victories from the past week. It was during the 2018 President Cup playoffs however, that Samson gained the attention of the league as he helped lead his club to their second consecutive QMJHL Final appearance, winning 13 games in the process. This year, Samson has picked up right where he left off, currently sitting second in the league in both GAA (1.86) and save percentage (.939%).