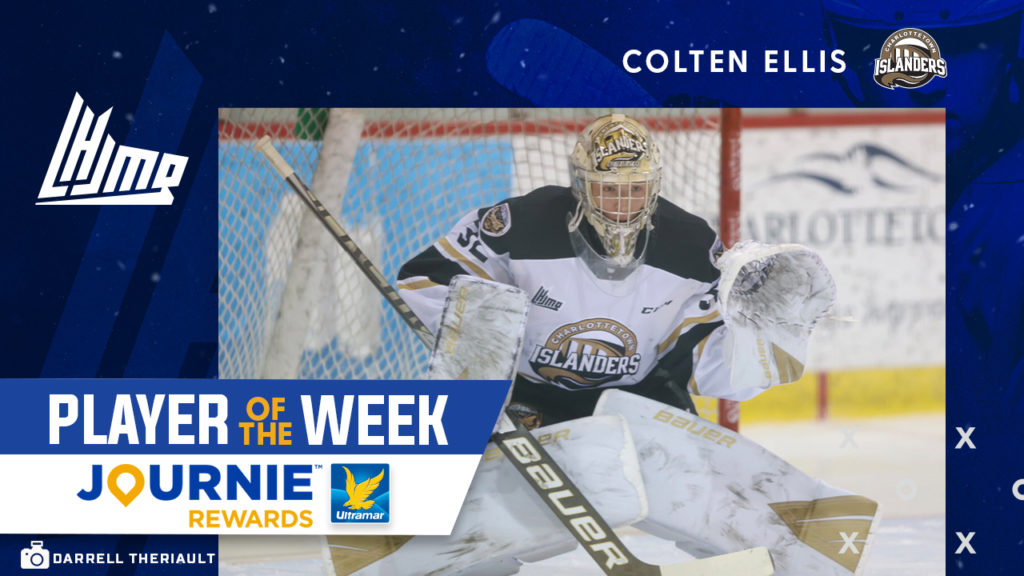 The latest Ultramar Player of the Week is Charlottetown Islanders goaltender Colten Ellis. In a pair of games, the 20-year-old from Antigonish, Nova Scotia not only went undefeated but recorded a pair of shutouts in the process, which propelled him into top spot all-time in QMJHL career whitewashes.

On Tuesday night in Charlottetown, Ellis and his teammates played the first 41 minutes, seven seconds of a game against the Cape Breton Eagles that would be suspended due to poor ice conditions. The following evening, the Isles would finalize a 5-0 triumph over the Eagles and Ellis, who would be named the game’s third star, completed his sixth shutout of the campaign and 17th of his career, tying him with former backstopper Philippe Cadorette for the all-time QMJHL career lead.

The record would be toppled on Sunday afternoon in Sydney. 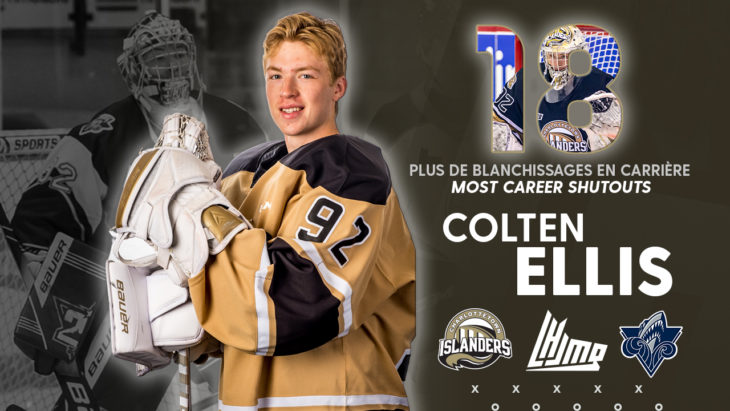 Ellis, who won a national Major Under-18 championship as a member of the nearby Cape Breton West Islanders, stopped 22 shots in a 4-0 victory over the Eagles. Named the game’s first star, Ellis’ seventh shutout also tied a single-season league record. In addition to this momentous occasion for their star goaltender, the win was the Islanders’ 12th in a row, extending their franchise record.

Ellis has put together a remarkable season, running his record to 19-1-0-0 with a league leading 1.80 goals against average and .926% save percentage. Originally drafted by the Eagles in the fourth round of the 2016 QMJHL Draft, Ellis recently signed an entry-level contract with the St. Louis Blues, who drafted him in the third round of the 2019 NHL Entry Draft.