Sherbrooke Phoenix player of the week
by
LHJMQ/QMJHL 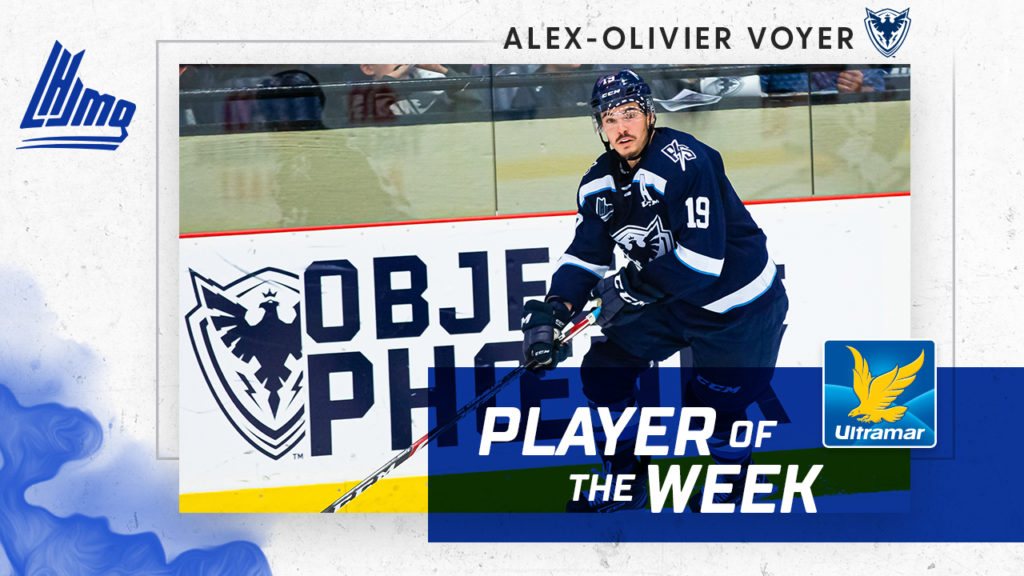 On Saturday night at home, Voyer would waste no time getting on the board. His 14th goal of the season, scored just 45 seconds into the contest, would prove to be the game-winner as the Phoenix defeated the Val-d’Or Foreurs 7-0. Before the night was over, the fifth-year veteran would add a pair of assists to his point total.

Back at home on Sunday afternoon, the Phoenix Assistant Captain would score twice more and throw in another pair of helpers in Sherbrooke’s 10-4 triumph over the Blainville-Boisbriand Armada. It was the first career four-point outing – and eleventh multi-point game of the year – for Voyer, who would also be named the third star of the contest.

On the season, Voyer has amassed 33 points in 20 games, good for a ninth-place tie in the QMJHL scoring race. The game winning tally on Saturday night was his league-leading fifth of the campaign. A first-round selection of the Rimouski Oceanic at the 2015 QMJHL Draft, Voyer was invited to NHL training camp with the Boston Bruins prior to the start of this season.