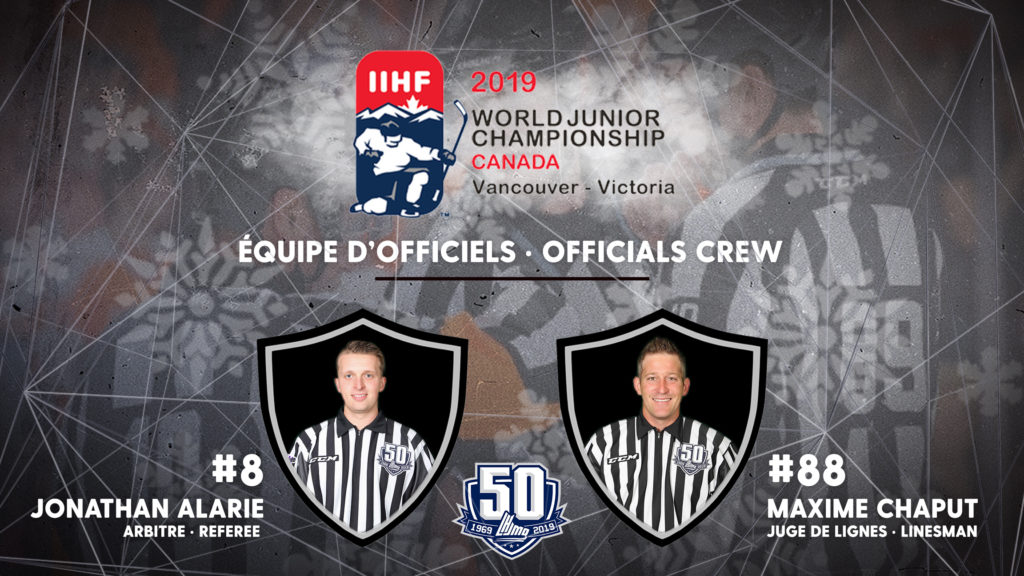 Referee Jonathan Alarie and linesman Maxime Chaput will take part, after being selected by the International Ice Hockey Federation (IIHF), in this year’s World Junior Championship held from December 26th 2018 to January 5th 2019 in Vancouver and Victoria, British-Columbia.

For these officials, their selection adds on to many other events in which they’ve taken part over the past few seasons. The QMJHL would like to congratulate both Alarie and Chaput and wishes them a wonderful experience in such a prestigious milestone of an official’s career. They will definitely make the League proud as QMJHL ambassadors.

Below, a look at both official’s career path;