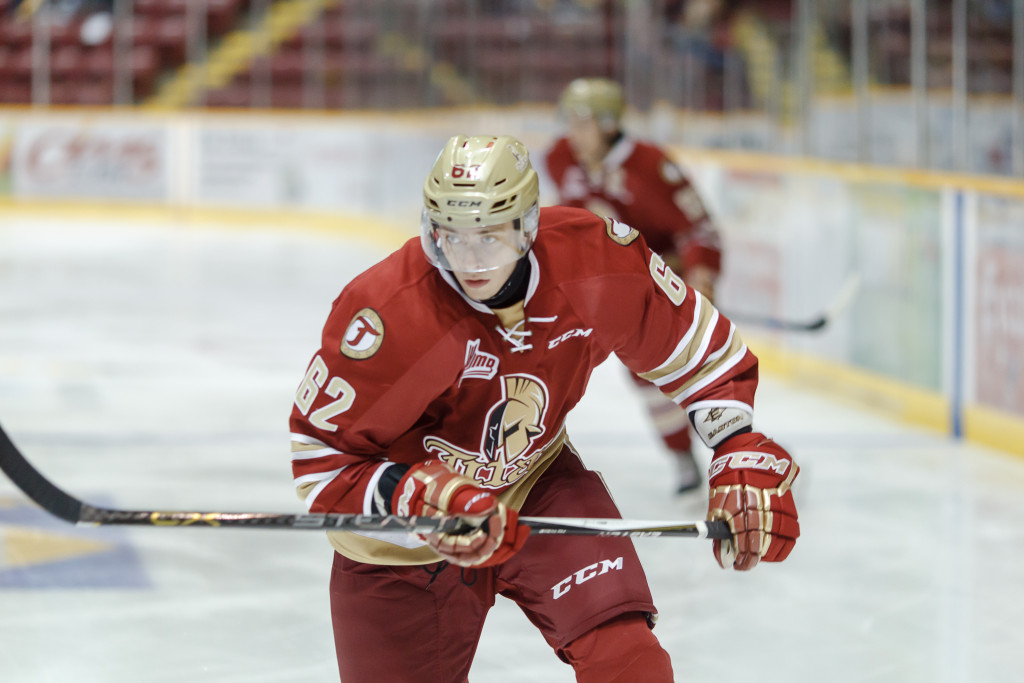 Bathurst, NB – The Acadie-Bathurst Titan kicked off their week on a strong note, unveiling their on-ice schedule for their 2016 training camp.

A reminder for the Hub City Showcase

For the first time ever, preparations for the upcoming season will begin with a rookie tournament. Named the “Hub City Showcase”, this event will take place in Moncton from August 19th to 21st. All six maritime based teams will participate, their first two games being for standings purposes and the third and final match-up being their playoff game. It will be an excellent opportunity for fans to watch all of the best prospects in action, under a single roof.

Following the rookie tournament, the Titan veterans will lace up their skates for the first time on Tuesday, August 23rd. It is worth noting that the first intra-squad game will take place on that day, at 4:30pm, as the Red team will take on the White team.

The defenders of the Bay will play their first pre-season game the following night, on Wednesday, August 24th against the Saint John Sea Dogs.

For the complete on-ice schedule, please consult the following list (please note: the schedule is subject to change without notice):